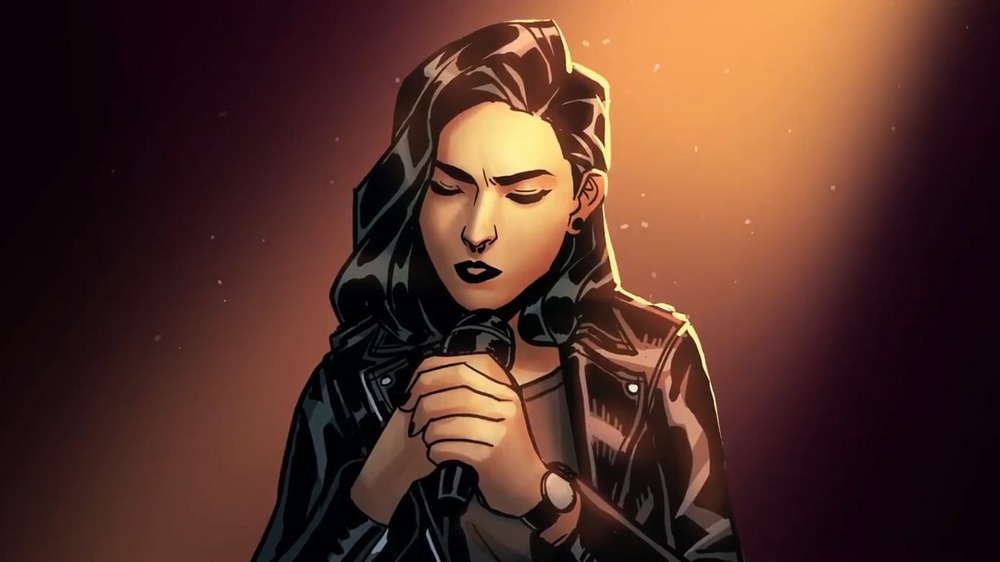 One of the most intriguing looking projects currently on the crowdfunding scene is all new title Chorus: An Adventure Musical, which is currently in pre-development at Australian company Summerfall Studios.

Chorus is a narrative adventure game that puts players in the boots of Grace, a young singer whose life takes an extreme turn for the weird when a recently signed band member (the Muse) dies in her arms, bestowing upon Grace incredible powers. Now erroneously wanted for her killing, Grace must track down the real culprit while interacting with the Muse’s friends – who just so happen to be a menagerie of mythological gods and monsters.

The kicker in Chorus’ concept is that the story plays out in musical format, and will be packed to the brim with dramatic, powerful songs, which including branching verses dependent on your actions and dialogue choices. A concept video – which you can check out below – features Summerfall’s Liam Esler and Dragon Age writer David Gaider explaining the mechanics of Chorus‘ mystic universe, while in-game clips feature stalwart voice actor Laura Bailey demonstrating how the lung-busting ballads will be incorporated into Chorus’ gameplay.

It’s an obvious comparison to make, but anyone who remembers the Buffy the Vampire Slayer episode “Once More With Feeling” will immediately understand what Summerfall are going for with this project.

Chorus is currently crowdfunding on fig.co, where (at the time of writing) it has raised $133,000 of a $600,000 target. Summerfall is currently looking toward a PC release, though it will consider console ports if the opportunity presents itself. There’s still a long way to go, unfortunately, as the team is predicting a two-year development cycle. But given the talent on-board, Chorus could prove more than worth the wait in the end.

With great looking art, slick and stylish characters, and a fascinating and unique narrative mechanic – at least where video games are concerned – I’m already sold on Chorus: An Adventure Musical. Here’s hoping we’ll be hearing more news about this intriguing new title in the near future. Oh, and Summerfall? If you need more singers, I’ll warm up my drunken “Cat’s in the Cradle.”