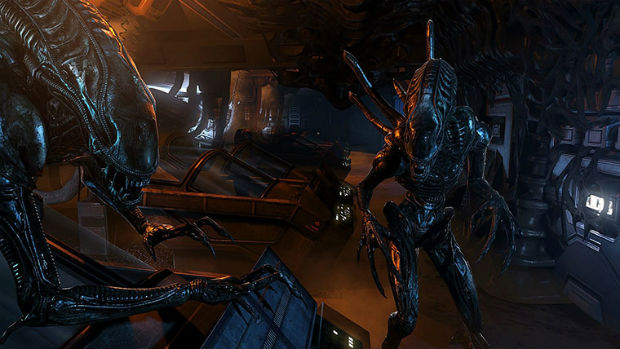 I really wish I were going now

If you’re headed to PAX Prime this weekend, first of all, I’m jealous and you should take me with you. Second, you should hit up the Sega booth, where you can get friendly with hands-on demos of Alien: Isolation, Sonic Boom: Rise of Lyric, Sonic Boom: Shattered Crystal, and Hatsune Miku: Project DIVA F 2nd.

Sega’s getting into the spirit of things with Booth #232, decked out with a giant Alien egg pod for players looking to take the Alien: Isolation plunge, as well as an on-site screen with a POV perspective to greet potential players and fans. So you can make fun of each other for being big ol’ whiny babies.

There’s also a special “Survive the Demo Competition” going on, where players will compete to win exclusive Alien jackets, and I expect someone to win one and send it to me. Seriously. The last Alien shirt I got was from E3 2011, where Randy Pitchford handed it to me, so it’s probably worth a few million on eBay for Colonial Marines enthusiasts.

Have a safe trip to PAX and be sure to soak up all the Alien goodness for me!