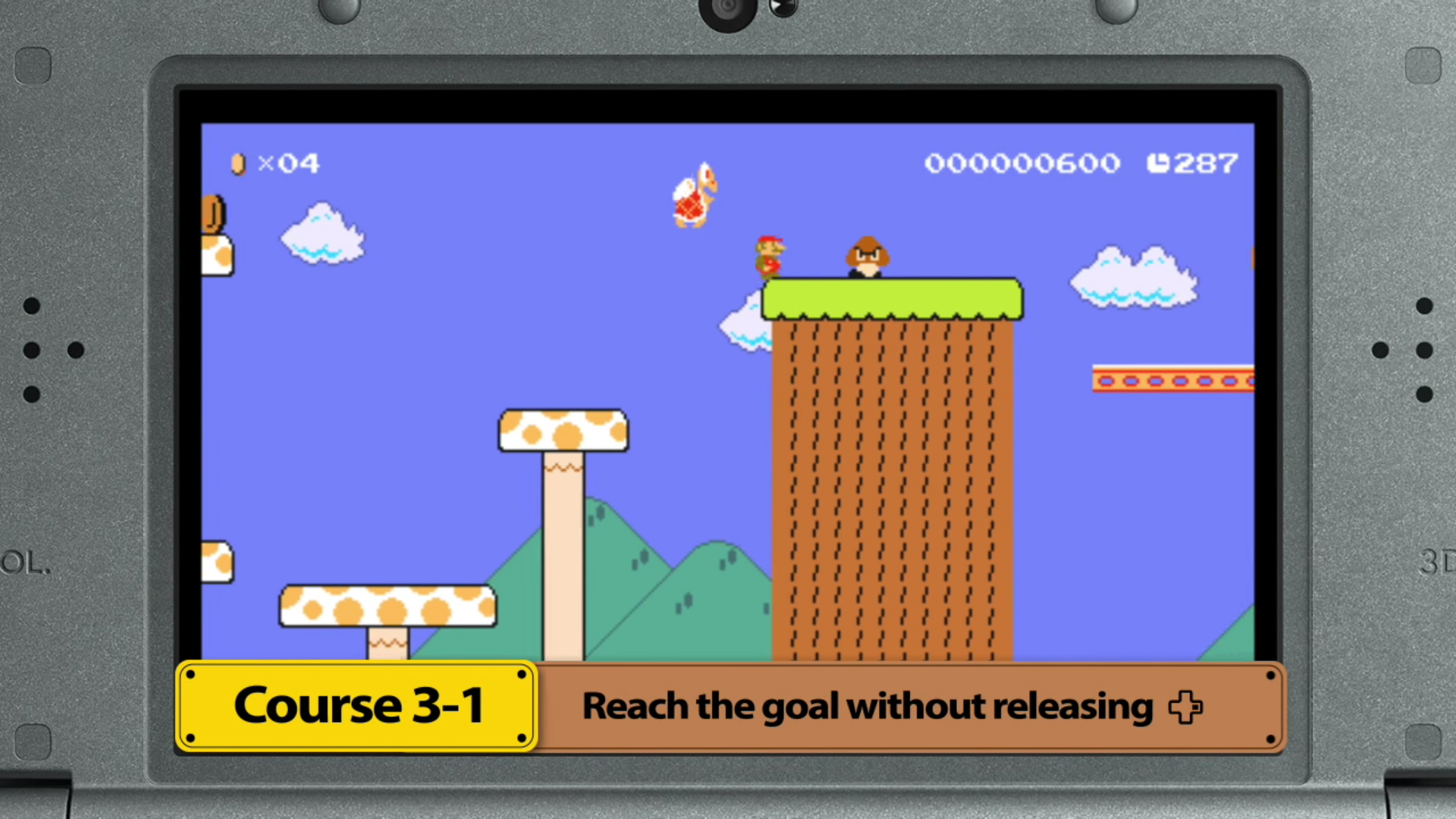 What are the chances we also get a Nintendo Switch port?

Those of you who missed the joy and torment of Super Mario Maker because you don’t own a Wii U will have much more of an incentive to look at December’s 3DS port. It’s a comparatively lesser version, given that you won’t be able to share your custom levels online (only locally), but this is still a portable Mario game — one with the classic sprites, no less! — and that has to count for something.

While I’m not sure it’ll be enough, today’s trailer tries to justify owning both versions. On 3DS, Mario Maker will have 100 new pre-made courses with challenge medals for tasks like beating a level without letting go of “right” on the d-pad, and escorting a bunch of Boos to the end goal (so you can erase them from existence, like you do). Could be good, depending on how original the rest of the scenarios are.