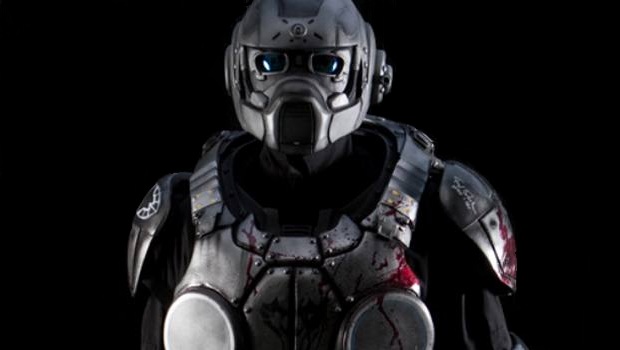 To celebrate the release of their Gears of War 3 Xbox 360 Vault, Calibur11 is putting together a giveaway where one extremely lucky fan will win a set of wearable COG armor. Inside the box for every Vault case you will find a code that can be entered at Calibur11’s website. The contest starts on September 20th with the launch of the case and Gears of War 3 itself and a winner will be drawn in January.

If you don’t exactly have the cash to drop on the Vault case, you can always find a code around the Calibur11 website. Apparently the suit is fully adjustable, which is good because I was thinking how unfortunate it would be if someone won the thing and it ended up not fitting. Can you imagine how embarrassing it would be if you told your friends you won the thing but it turns out you can’t even wear it?