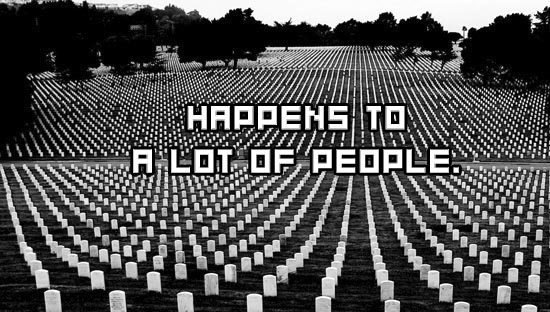 [All over the place now, we hear about how the RPG genre is stagnating; that fewer people want to play console RPGs anymore. Yet, that may not be entirely correct—the truth is, nobody wants to play the same console RPG anymore. It’s generally recognized that, while most games continue to grow beyond the boundaries of genre, employing (or, just experimenting with) new technology and the maturation of a sophisticated audience, RPGs are still far from a perfect science. It’s a genre that once inspired legions of gamers to near-thoughtless devotion—and now draws ire from its once solidly-ensconced core fanbase for its perpetual adherence to stale archetypes. Because the RPG experience is comprised of so many correlated elements, it can be hard to identify precisely where these games continue to fall short; this series will attempt to pinpoint the weak spots in the structural integrity of role-playing games.]

In our last Building a Better RPG article — well, alright, it was kinda the first one. I can’t count, whaddaya want? Anyway, in the previous installment, we talked about some of the weaknesses in traditional RPG characters, and the ways in which the traditional structure has fallen short in terms of drawing characters in genuine, compelling ways. I guess you could call this installment Part I-b, ’cause we’re continuing to deal with characters — though let’s look now not at how they’re born, but at how they die.

Character death in RPGs has become a fairly common plot device. Sometimes it feels contrived. But when it works, it really, really works — hit the jump to find out why, and to check out the top five character deaths in gaming history!

It should be painfully obvious that a discussion of character deaths contains O NOES SPOILERS, so continue at your own peril — though, there’s nothing remotely recent here.

RPGs take place against a fantasy backdrop, implausible in reality — and that’s what we love about them. Still, we highly appreciate an element of realism in our stories, too. We want to feel that stab of empathy, that stir of pique, to connect us on an emotional level with a game we’ll be spending tens of hours with at the very least. As such, death is essential to a story, sometimes. Perhaps it takes a character’s death to breathe a third dimension into their life. Or perhaps it’s that such an absolute loss, against a multicolored fantasia of unreality, brings an escapist experience from the imagination into the heart.

Death-as-defeat is part of any game, and in RPGs we expect it. Every game includes some item or spell to restore or resurrect the lost when we fail, so that we can try again. But death as a plot device is permanent, and much more complex. Many games have abused it merely as a shortcut to instant gravitas; it feels manipulative, or even counteractive — a character whom it’s clear was disposable from the beginning is dehumanized. And it toxifies our impression of the other characters, as grief over a pointless passing trivializes them, renders them caricatures of themselves, imbued with plastic emotion.

So what creates a stirring character death? It’s not enough simply to take someone away. On the other hand, relying too heavily on pathos as a convention weighs a story down with sob-tissue, cheapening the other elements it touches. To be truly effective, the fact of the character’s death must quintessentially enhance the other characters somehow. Whether it inspires them to continue their actions in the story’s context, or whether it reaches the player, inspiring commitment and investment to the survivors, a vested interest in seeing them through ’til the end, death in a game is not truly useful unless it invigorates the affirmation of life.

Here are my picks for the top five character deaths that exemplified the proper use of the plot device– in each case, the fact or fashion of the loss breathed life into their world, inspired our personal investment in the story, or added meaningful gravity to the game itself.

Given the fact that many of the criticisms I’ve levied against our beloved genre have applied more explicitly to the later Final Fantasy games than to any other series, it might be surprising that Aeris makes this list. But regardless of the tarnish that the franchise has suffered with its once much more vocal fanbase in recent years, the fact remains that Aeris’ death is, to many gamers, a defining moment in their gaming experience. No matter how sophisticated we’ve become since then, we were moved at the time. Two reasons: one, it was completely unexpected. The intrusion of sudden violence into a serene moment– what appeared to be an utterly random, senseless act — taught us, as the young people that most of us were at the time, something about our world. Second? The characters’ grief behind the loss informed and motivated their future choices, serving to bolster their purpose. Aeris wasn’t killed merely to manipulate our hearstrings — her death added a new dimension to the story.

Dunno about you guys, but the loss of the protagonist Rolf’s nearest and dearest — the timid humanoid who was, essentially, his adoptive sister — was a rarity for its time, in the sixteen-bit era. Nei faced a malicious clone all alone, in a battle it wasn’t possible for her to win — and that massive disparity was apparent from the beginning. No matter with what frantic hopelessness the player battled, Nei would die. Not only was this a poignant exercise in futility, but again, this was a character loss whose death raised the stakes for the planet’s salvation. As with Aeris, the moment we realized she wasn’t coming back, that’s when the hyperbolic battle for the world’s future became invested with actual, personal meaning. It’s hard to believe in a ragtag band that selflessly sacrifices everything for the sake of humanity. Real people just don’t work that way. It’s easier to believe in the stricken grief of a hero with nothing left but to win it for her.

The hero of the first two Shadow Hearts games was star-crossed from the beginning, on an inexorable course for his own showdown with his inner monsters, both figurative and literal. Despite the haunted air that hung around the young man with the soul full of demons, he generally smiled, and he never gave up. Even though, in the second game, it became clear to him over time that he would soon die, his spirit didn’t waver. With his fate, we were put into the protagonist’s shoes– knowing we’d lose him in the end, and paradoxically, fighting anyway. Besides, knowing that he’s with Alice now made for one ridiculous tear-jerker of an ending.

The surreal interruption of the natural course of life and time was one of the most compelling things about Chrono Trigger — and in what more compelling way could it be manifested than by the death of the hero — the death of yourself? It’s one of the few occasions in gaming history where you could keep playing — you could even win, in a fashion — while dead. Though of course, the restoration of Crono’s life was a special kind of victory — you felt the lift of courage it gave the others carry you through. And thank goodness, because Lavos was probably one of the hardest end bosses EVER (though, that’s a topic for another time).

You’d be hard-pressed to call any game in the Metal Gear series an RPG. They’re not. And yet, I think it’s important to demonstrate the ways in which other genres have made us love characters — and grieve for them. Boss (aka “The Joy”) is the only one on the list that is killed by your own hands — no matter how much you love her. Not only was her flower-laden execution one of the most beautiful fights ever seen in a game, the wrenching sensation of the need to kill with adoration and grief together is the ideal example of just how games can — and should — be able to affect us, and why we don’t need to settle for cheap, high-gloss melodrama.

Obviously, a list of most affecting character deaths is enormously subjective, and no individual (EVEN IF IT IS ME) can make a definitive toplist. So how about you– what makes a character loss meaningful to you, and when is it gratuitous cheese? What character deaths, in RPGs or otherwise, moved you the most?