Hands-on with the newest DLC character

If you haven’t popped in your copy of Hyrule Warriors lately, you may want to do so, as The Wind Waker‘s Medli is now available. Itching to get back into the game with further new DLC characters on the horizon, I decided to reacquaint myself with this hack-and-slash classic and test out its new, winged warrior.

The first thing I noticed about Medli is her speed. She’s quite quick, but can be very slow catching up again after certain attacks. Once she gets running, Medli spreads her wings and flies across the battlefield, leaving a trail of cel-shaded feathers behind her.

Those wings play a significant role in how she fights, with all of her combos somehow utilizing her feathered appendages. Two of those attacks, the B-Y combo and the B-B-B-Y combo, send enemies skyward to open them up to a further combo with a few presses of the B button, or a dive bombing ground attack with the Y button.

Of course, her weapon isn’t her wings, but rather the Rito Harp. Standard attacks send gusts of wind forward, trapping enemies directly in front of you during whatever combo you’ve started. These attacks have a good range that, when coupled with her speed, make her an optimal character when taking on ReDead Knights and Gibdos. Unfortunately, those attacks have a narrow surrounding range that leaves many of the enemies to the sides of her untouched. 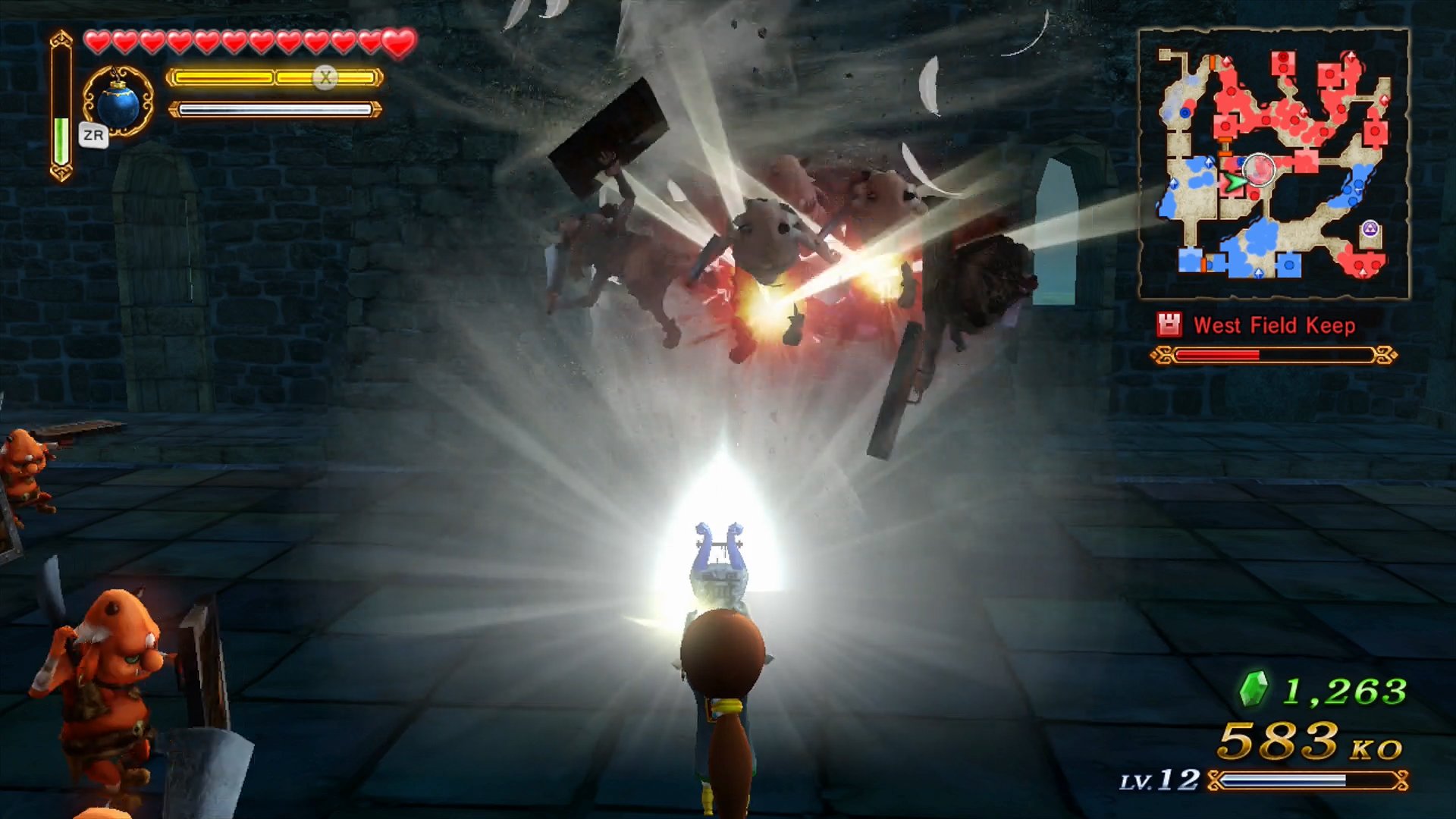 Drawing inspiration from The Wind Waker, her harp will also reflect light with the maximum B-only combo, and plays Medli’s Prayer in a devastating light attack when using the B-B-B-B-B-Y combo. Both of those attacks have a wide area of effect, as does her tornado generating B-B-B-B-Y combo and Weak Point Smash attack.

Medli is a very straight forward fighter. You won’t have to worry about adjusting your playstyle to account for any character quirks, and I’d recommend her to any new players, but this also makes her less stylish than most of the other warriors. Medli’s wind and flight based attacks are consistent but boring. Nowhere is this more evident than her Special Technique and Focus Spirit attack, both of which just have her flying head-first into the enemies. These attacks are also very narrow, making Medli a poor option for any challenge that requires you to kill a certain amount of enemies in a limited time using only special attacks. 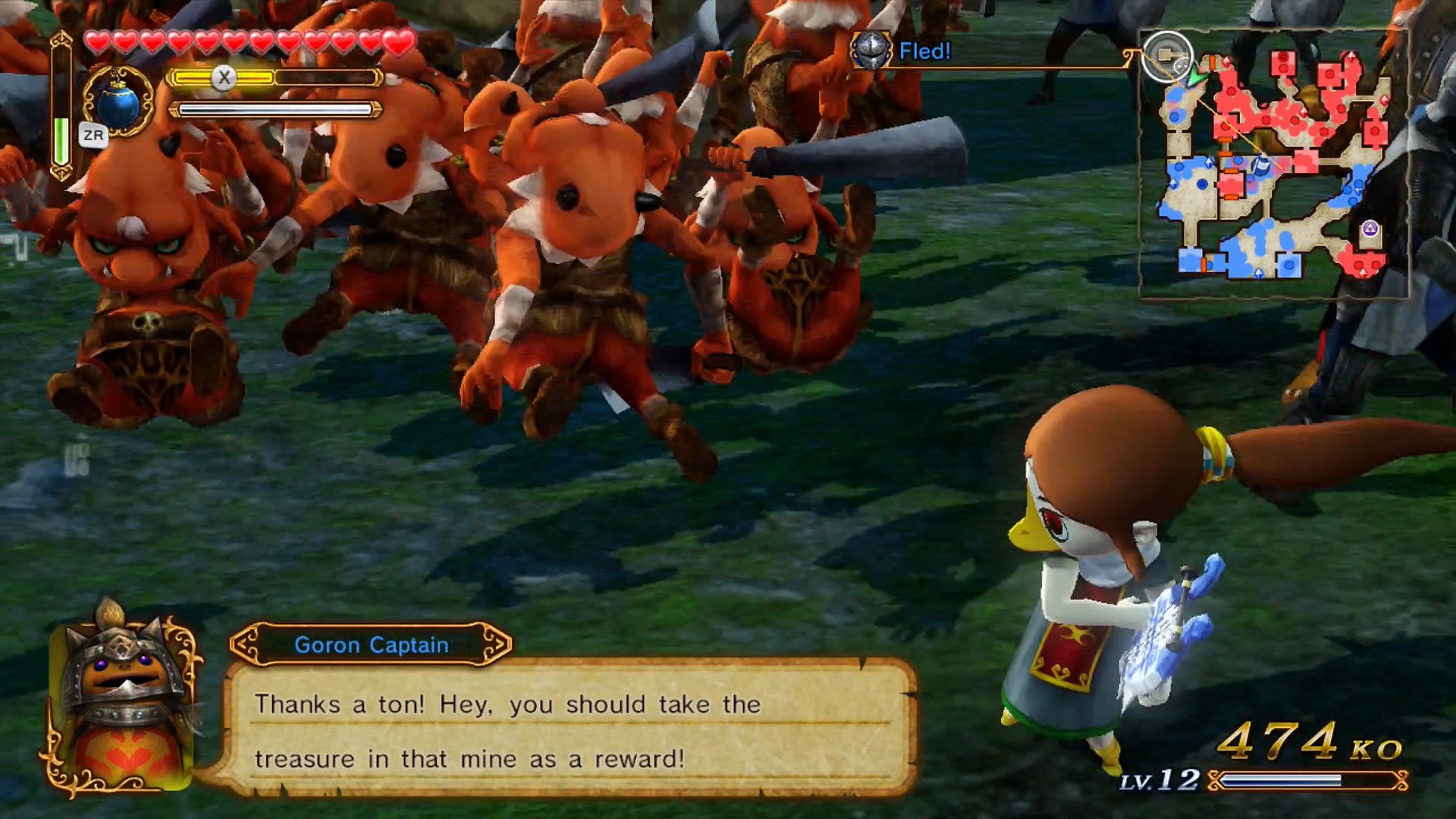 With Toon Link, Tetra and King Daphnes already representing The Wind Waker in Hyrule Warriors, I’m not entirely sure how necessary Medli’s addition is. She’s a fine character with room for experimentation once you get your enemies up in the air. But she’s also very plain and lacking in pizzazz. Hell, she’s not even the only character in the game to use a harp!

I’m a huge fan of the seafaring adventure where Medli made her debut, but I can’t help but think this spot could have been filled by a more, let’s say, “Groose-ome” character.