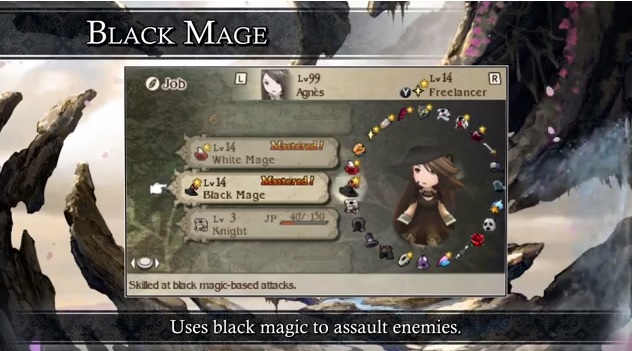 A lovely tribute to the NES Final Fantasy games

Many of you out there have already been playing Bravely Default, but in the US, we’re still waiting for that early February release date. In the meantime, here’s a new trailer from Nintendo that shows off the game’s various jobs, and you’ll probably recognize some of them if you’re a Final Fantasy fan.

Aesthetically I’m a huge fan of the Valkyrie class (Lancer), mostly because that helmet is pretty damn badass. If you want to experiment with the job system for yourself, check out the demo on the 3DS eShop.