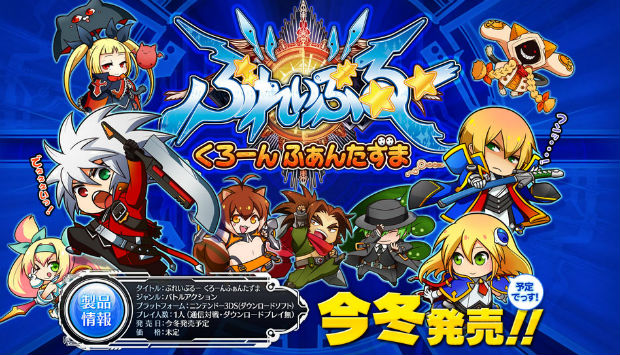 EU may still be out of luck

Arc System Works has been fairly faithful in bringing its BlazBlue games to the West. One game in particular that hasn’t been localized, however, is BlazBlue: Clone Phantasma, released in 2012 on the Japanese eShop for Nintendo 3DS.

Although Arc System Works has hinted at a U.S. release since 2012, since then the studio hasn’t had a ton to say about it. When contacted to inquire if the plans to localize the game were still on, ASW stated that plans for a U.S. release were still underway, but there were currently no plans for a European release.

Arc System works also commented that it has no plans to localize its series of Escape Adventure games, which are developed by Intense Corp and are mini visual-novels.