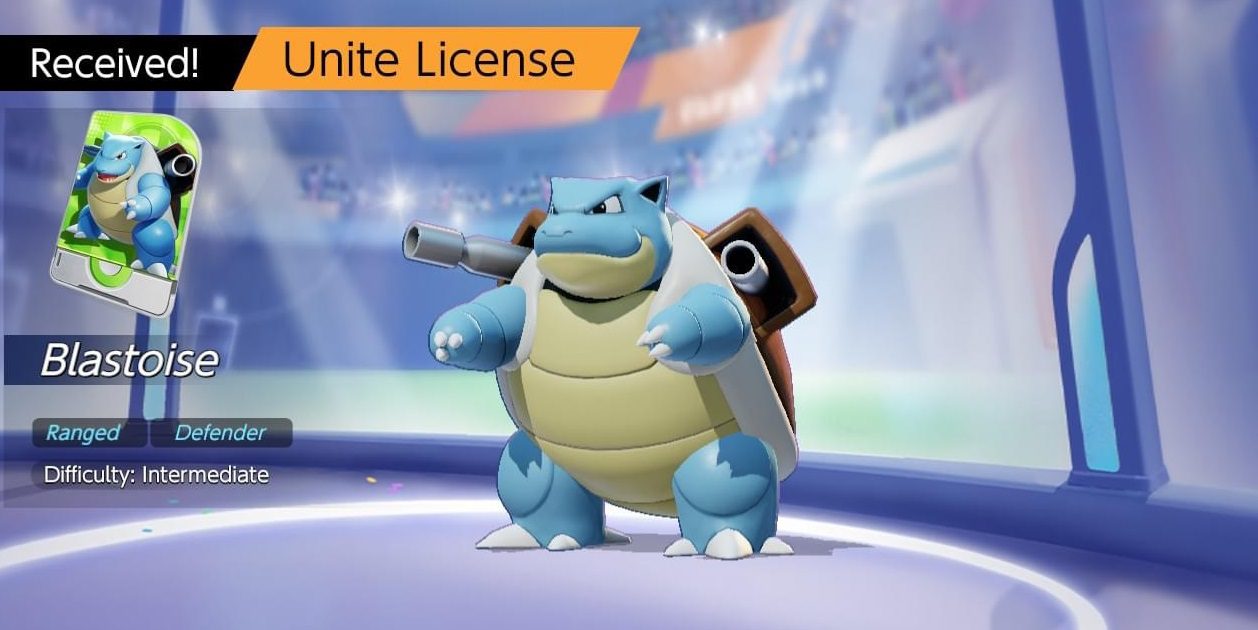 So we knew Blastoise was finally coming to Pokemon Unite today, and the stars have aligned, he’s not delayed, and he’s in! Wait, finally? The game is still pretty new! Well, it’s all a matter of perspective.

Blastoise was front and center in the mobile beta, and was pretty much ready to go already; but two other Pokemon (Gardevoir and Blissey) made it in first. Now the big blue tank is getting its revenge.

As a note, Blastoise arrives with a new outfit (“fashionable style,” which a few other creatures sport too), and will run you 8000 coins (in-game currency) or 460 gems. This is inline with the other two post-game addons, so we can expect this to be the baseline going forward.

In case you’re wondering, there is no major balance patch at this time. Blastoise made it into the game and the store has been updated (mostly for that outfit), and there are “bug fixes,” but they haven’t been widely determined yet.

So what’s next? As we know from the recent Pokemon stream, Mamoswine and Sylveon are going to make it in at some point. But who knows! Maybe some newer new character could be announced soon and swoop in before them. Such is life in the fast lane with Pokemon Unite, which caps your weekly coin intake and charges 8000 coins for characters.