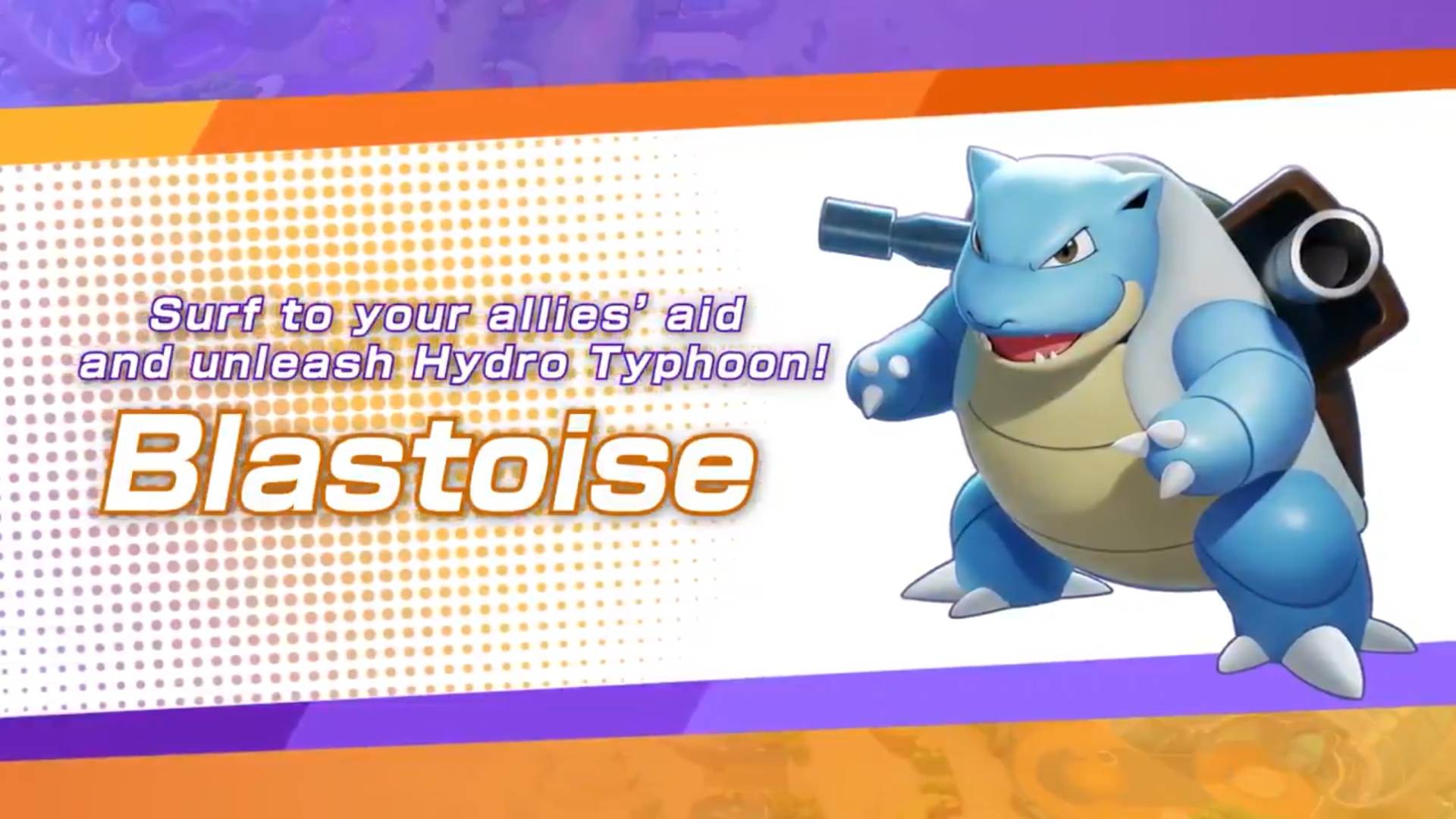 The Water starter joins his pals in the lineup

A date has finally been set for Blastoise’s debut in Pokemon Unite. The fully evolved Water Pokemon will arrive in the arena on Sept. 1, 2021.

The Pokemon Company and TiMi Studio Group announced the date on social media today, alongside a video preview of what Blastoise can do in the Poke-MOBA. And yeah, it looks like it’s got some water cannon moves.

Its basic moves look reminiscent of fellow Water-type Slowbro, with some water gun action and a Surf move. His Unite move also looks pretty rad, and I really want to see this pinball-style spinning move in action. Granted, he was part of the mobile beta, so its moves are already well-known to some. But I’m just happy to have another big tank-type Pokemon joining the lineup.

While this rounds out the initial batch of Pokemon confirmed as post-launch additions to Unite, even more are on the way. Last week, the team confirmed that Mamoswine and Sylveon will be coming to the game as well, adding even more variety. Pokemon Unite is also due for a mobile launch next month, as it’s set to go live for smartphones on Sept. 22, 2021.

I’ve been keeping up with Pokemon Unite with the occassional game, though I’ve finally fallen off the “checking in daily” train. It can honestly be a bit hectic as it is right now, and the fast-swinging nature of its battles means even if they’re short, you’re still packing a whole MOBA match worth of emotion into 10 minutes. That can be good or bad, depending on the final outcome.

But maybe Blastoise will get me logging on a bit more, if only to grind out the coins I’ll need to pick it up. We’ll see how things stack up when the big blue turtle launches for Pokemon Unite on Sept. 1.