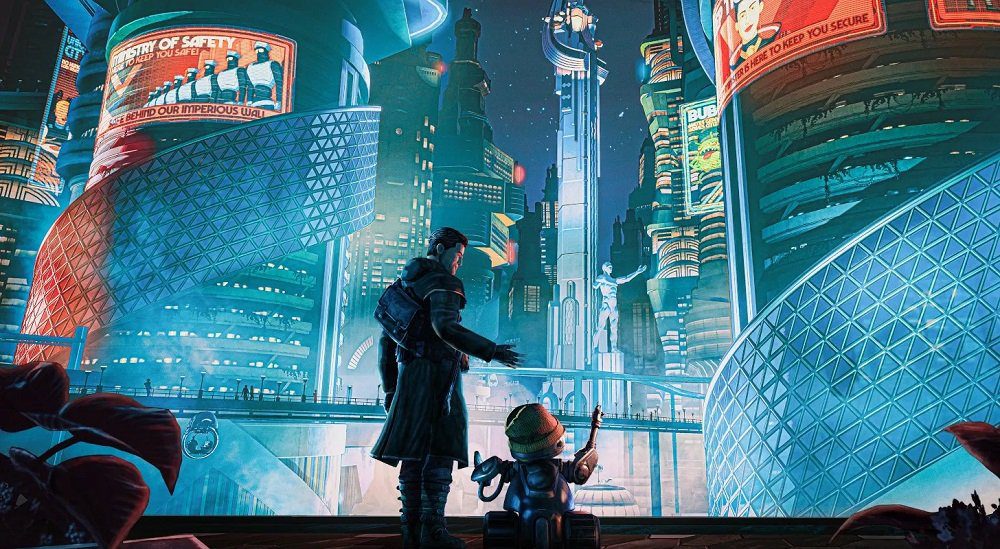 PS4, Xbox One, and Switch ports will arrive in Q3

Microids has announced that it will be bringing Revolution Software’s cyberpunk adventure Beyond a Steel Sky to PS4, Xbox One, and Nintendo Switch in the third quarter of 2021. The dystopian adventure – a sequel to the 1994 DOS classic Beneath a Steel Sky – launched on PC and Apple Arcade in the summer of 2020.

“Signing this publishing deal with the renowned Revolution Software studio delights us!” said Microids CEO Stephane Longeard. “We’re thrilled to give players the possibility to rediscover the long-awaited sequel to Beneath a Steel Sky on consoles by diving into a captivating story supported by clever gameplay mechanics and gorgeous graphics.”

Arriving some 26 years after its predecessor, Beyond a Steel Sky sees protagonist Robert Foster return to the beautiful nightmare of Union City, located in the desert wastelands of a post-apocalyptic United States. Foster has returned to the metropolis on a mission to rescue a child abducted from a local civilian encampment. But who took them, and for what purpose could a mere wastelander have possibly been targeted?

Beyond a Steel Sky meshes the old-school gameplay and storytelling elements of classic adventure games with modern engines, mechanics, and control systems. It was released to mixed, but mainly positive reviews. Critics praised the developer’s passion for the narrative, as well as the sequel’s faithfulness to Steel Sky‘s trademark dryly humorous universe, but were left somewhat disappointed by technical issues and a limitation in scope and scale.