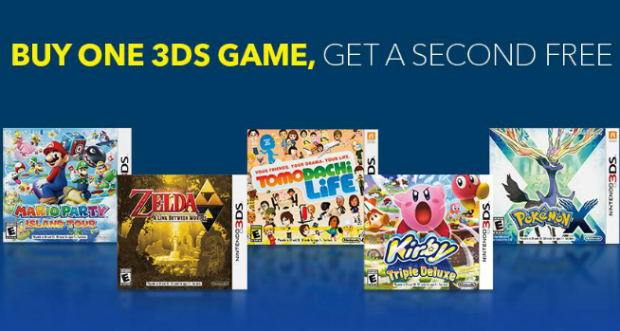 It’s a mostly good selection of games, at that

Like the DS before it, the 3DS is becoming one of my favorite platforms. Now that we are several years into its life, it has a pretty great selection of first and third-party games. There are enough now that I have fallen behind on getting them. Fortunately, this week’s deal at Best Buy is there for me. Until this Friday (“while supplies last”), select 3DS games will be available in a buy one, get one free deal.

I highly recommend Bravely Default for those who have even slight interest in JRPGs, but although I love Tomodachi Life, I think it works better as a download than in cartridge form. Personally, I have my eye on a Kirby/Zelda combo. This deal is available through BestBuy.com as well as in physical stores. Some of the titles were out of stock online, but have been restocked for now. Currently, A Link Between Worlds is only available in-store.