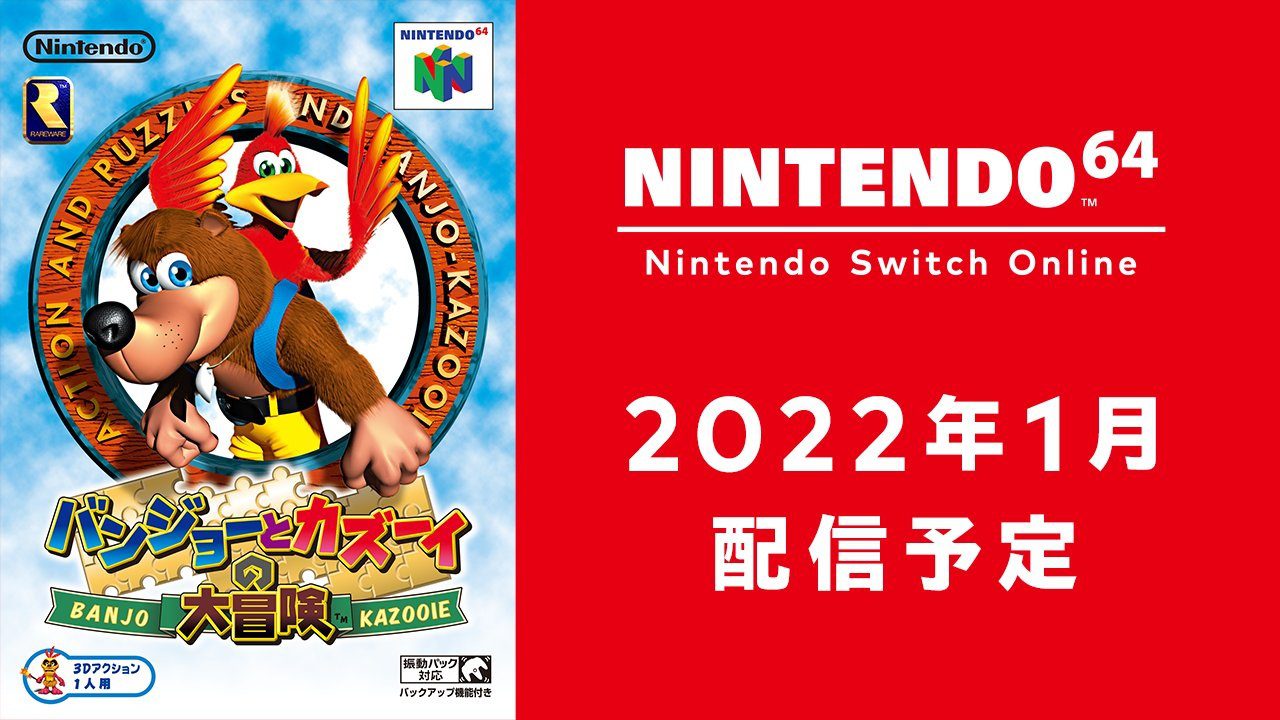 Banjo-Kazooie Switch Online? Believe it. One of the most iconic non-first-party games is coming to the service in January of 2022.

The news was confirmed via a tweet from the Japanese Nintendo account, which showcased Paper Mario 64 as the December release for the Switch Online Expansion Pack, followed by a low-key tweet for Banjo-Kazooie in January (and later, a Nintendo of America tweet). Does this mean we could get Diddy Kong Racing and other Rare classics? I hope so! Given that Microsoft and Nintendo have been friendly for a while now, it’s likely on the table: as is Banjo-Tooie.

So at this point it seems like the cadence is one to one-and-a-half months for a single game. To be frank, it’s not great. And in all this, there’s no mention of further support for the Genesis part of the Expansion Pack, which comprises have of the add-on.

It feels like Nintendo hastily put this out before the holidays, because given the quality of the engine itself, it’s a hard sell. With that in mind, Banjo-Kazooie is also on Microsoft platforms, and fully remastered with modern enhancements at that. Side by side, I hope this Switch Online version is even remotely comparable.