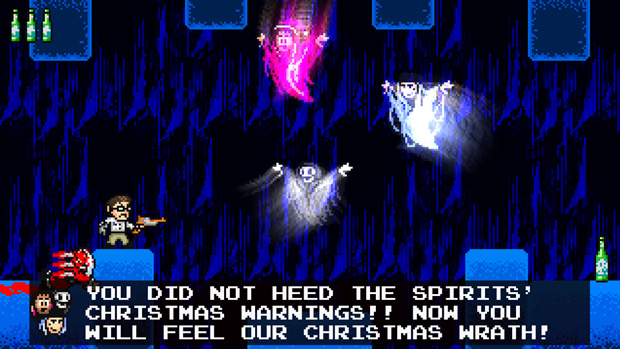 Console versions will have to wait until next year

I got to play an improved build of Angry Video Game Nerd Adventures at PAX this year, and I can reaffirm that it’s going to be one hell of a challenge for those in dire need of classic “Nintendo hard” platforming. It’s pure entertainment, and I can’t wait to play more.

Thankfully, the wait is almost over! ScrewAttack has announced the Steam release date for next Monday, September 23. I hope some of you pre-ordered the game a while back for that shot at becoming an NPC in the game! Don’t want Jim Sterling to be lonely!

But what about the Wii U and 3DS versions? ScrewAttack’s Stuttering Craig Skistimas tells me that we’ll have to wait until 2014 before those or any other potential console ports materialize. For now, just enjoy the new screenshots in the gallery.