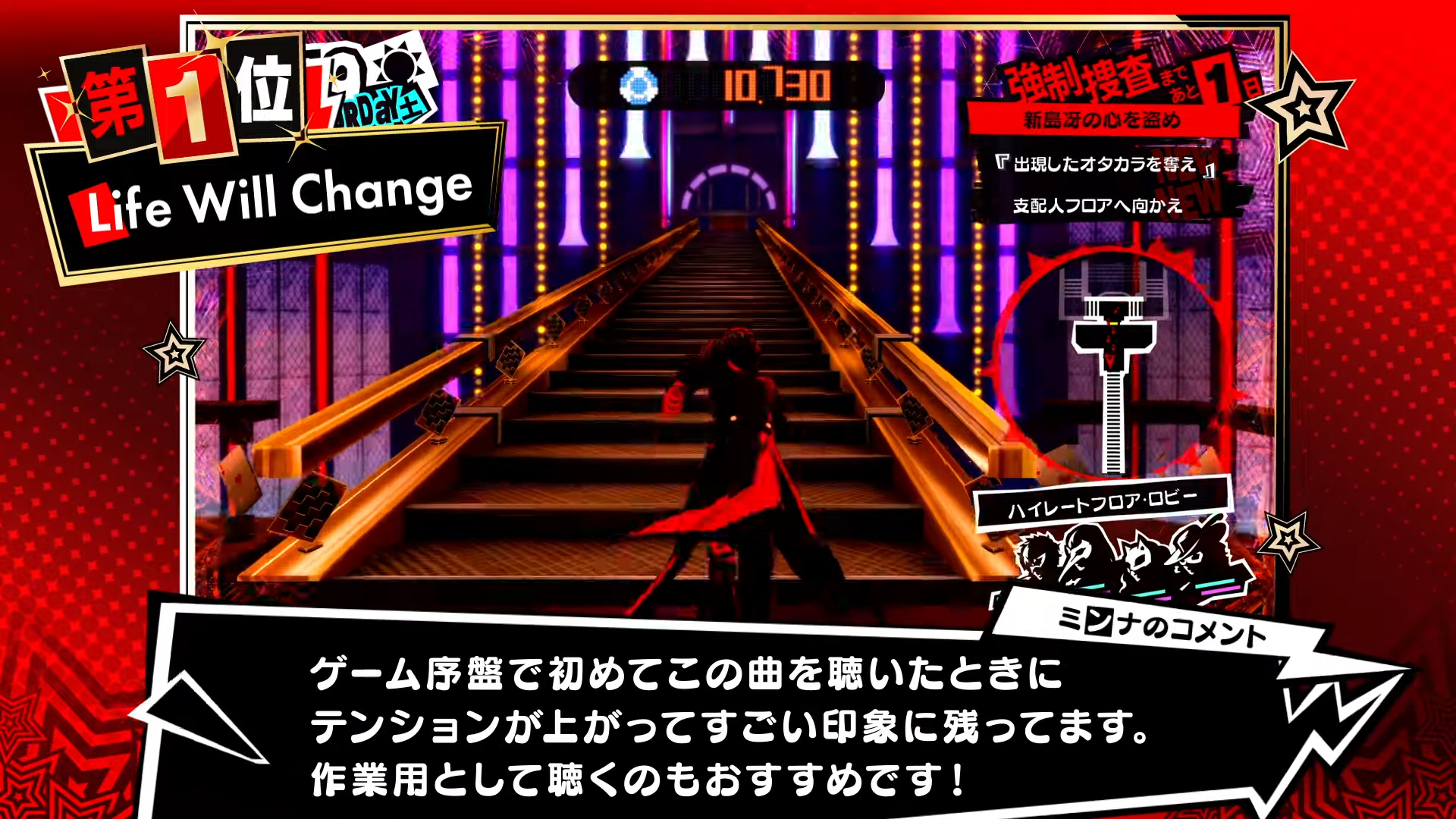 The full top 30 billboard for Persona 5 Royal tracks is in, thanks to a new event from Atlus on their YouTube account (presented by “DJ Morgana” on behalf of the development studio). As a reminder, Atlus is using the opportunity to push one of their most successful games of all time again, given the recent re-release on multiple platforms.

Over on the official Atlus YouTube channel, the publisher has been slowly revealing the top-voted Persona 5 Royal music tracks over the course of several weeks. But today, we finally got the number one pick: Life Will Change. Let’s take a look at how the rest of the top five shook out!

The most incredible thing about this is that there are so many choices for top Persona 5 Royal tracks. Like, literally just one game: as so many other franchises would kill to have a top thirty of beloved tracks total. My only gripe is that Beneath the Mask clocks in at number 13 (it should be higher!). Other than that, it looks mostly fine. It was a good opportunity to basically queue up the entire soundtrack and listen to it all over again.

Life Will Change is the top pick

It’s not a surprise win, but “Life Will Change” is the number one pick. You can listen to it, with the winning declaration, below.