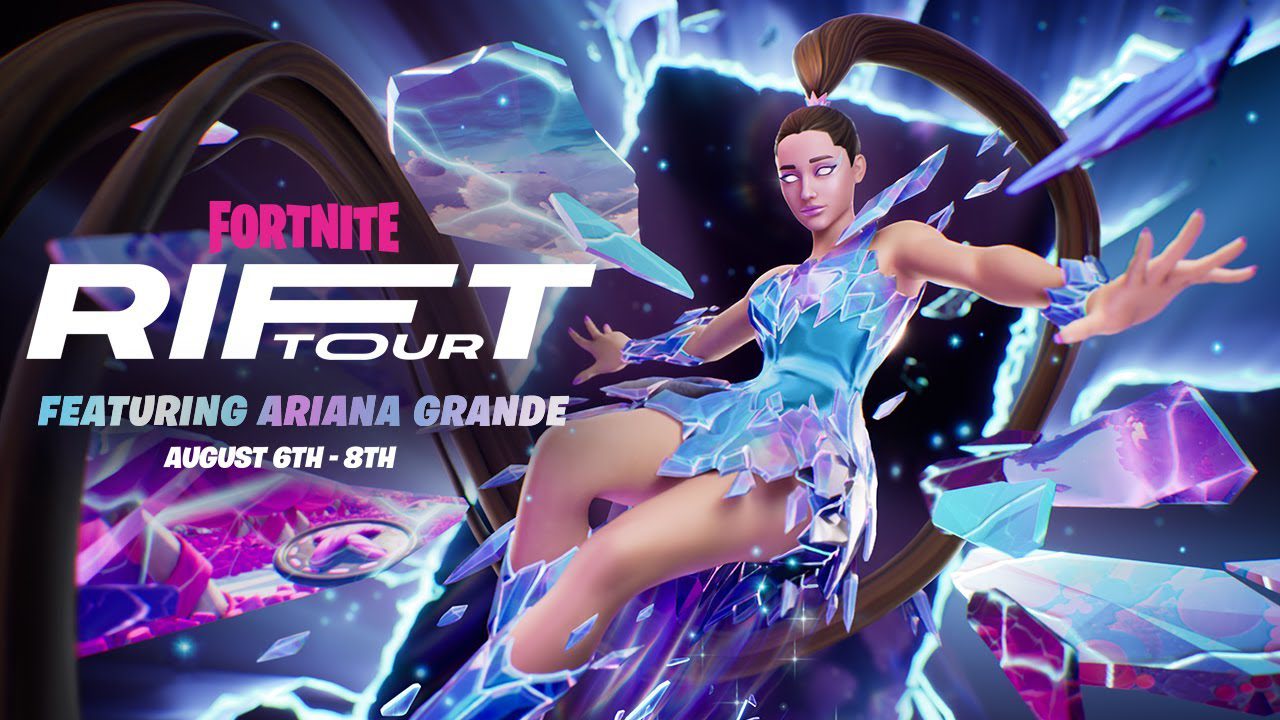 There will be several concert dates and times, in case it gets a bit crowded

Fortnite has hosted several big-name stars inside the game in the past, and the next headliner is a pretty big deal. Ariana Grande is coming to Fortnite to headline the Rift Tour.

Because things can get a bit hectic when a big Fortnite event happens, and Ariana Grande’s in-game appearance is likely to draw even more folks in who might be lapsed or even brand-new Fortnite players, there will be five showtimes. In Epic’s announcement, the company says you should plan to arrive an hour before showtime.

Here are the dates and times:

There will also be a Rift Tour Playlist live 30 minutes before Ariana arrives, which will pair tracks with moments based on game elements. There’s also an in-game tab in the menu, with times and the ability to schedule what times you want to attend with friends (though it’s not an RSVP, no Fast Passing this).

Ariana Grande will also be arriving in the Item Shop on Aug. 4 at 8 p.m. ET, similar to how other celebrities like LeBron James have been featured in the game. This isn’t Ariana’s first time appearing in a video game either, as she’s also guested in Final Fantasy Brave Exvius.

I’m not much of a Fortnite player myself, but these concerts always end up being huge deals. Just watch some videos of the Travis Scott performance, for example, and it is pretty wild to see come together. Virtual concerts are a strange concept to grapple with, but Fortnite tends to lean into the possibility space, turning them into big interactive parties with impossibly wild visuals and huge moments.

Suffice to say, I’ll probably try to catch this one, hopefully in-game if I can make it in through the log-in queue. I’ve also watched some Fortnite events play out live through various Twitch streamers, but I have to admit, I’d be a little worried about DMCA issues with this event. At least there are a bunch of showtimes, so there will be no tears to cry if I miss the first one.