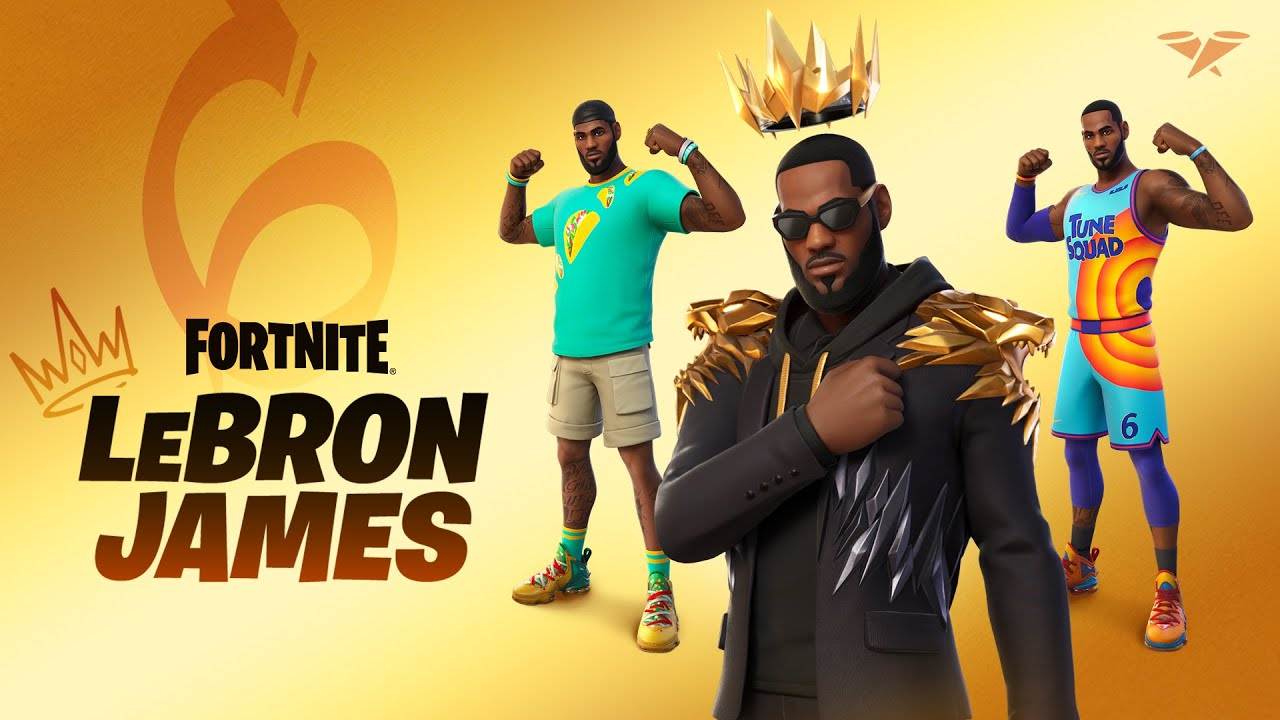 The GOAT arrives in Fortnite

NBA superstar LeBron James isn’t making just one video game debut this month. Ahead of the release of Space Jam: A New Legacy, LeBron James is getting a few skins in a different kind of metaverse: Fortnite.

It was announced today that James will appear in Fortnite on July 14 at 5 p.m. PT as part of the game’s Icon series. He’ll arrive with two separate outfits: either the LeBron James outfit with his “The Silencer” celebration, the “King’s Back Bling” and a few other items, or the Tune Squad outfit, which also includes a “Taco Tuesday” Variant.

Fortnite previously teamed up with the NBA to bring outfits for all 30 NBA teams to the game, as well as some customization options. And other celebrities have featured in Fortnite as part of the Icon Series as well, ranging from musician Travis Scott to several prominent Fortnite streamers.

LeBron appeared in another game earlier this month as well, as a playable character in the movie tie-in beat ’em up game Space Jam: A New Legacy — The Game. James can fight alongside the cartoon characters Bugs and Lola Bunny to beat up members of the Goon Squad.

Seeing a big-name, NBA superstar dropping into the storm of Fortnite is definitely going to be a little strange at first, though at this point there are so many crossovers in the battle royale that pretty much anything is game. This is a video game where Kratos can do TikTok dances and Rick from Rick and Morty can have a firefight with Street Fighter‘s Ryu and Daryl from The Walking Dead. So why not add LeBron James to the mix?

The LeBron James outfits hit the Fortnite Item Shop on July 14, available either as separate outfit options or as one “King James Bundle.”