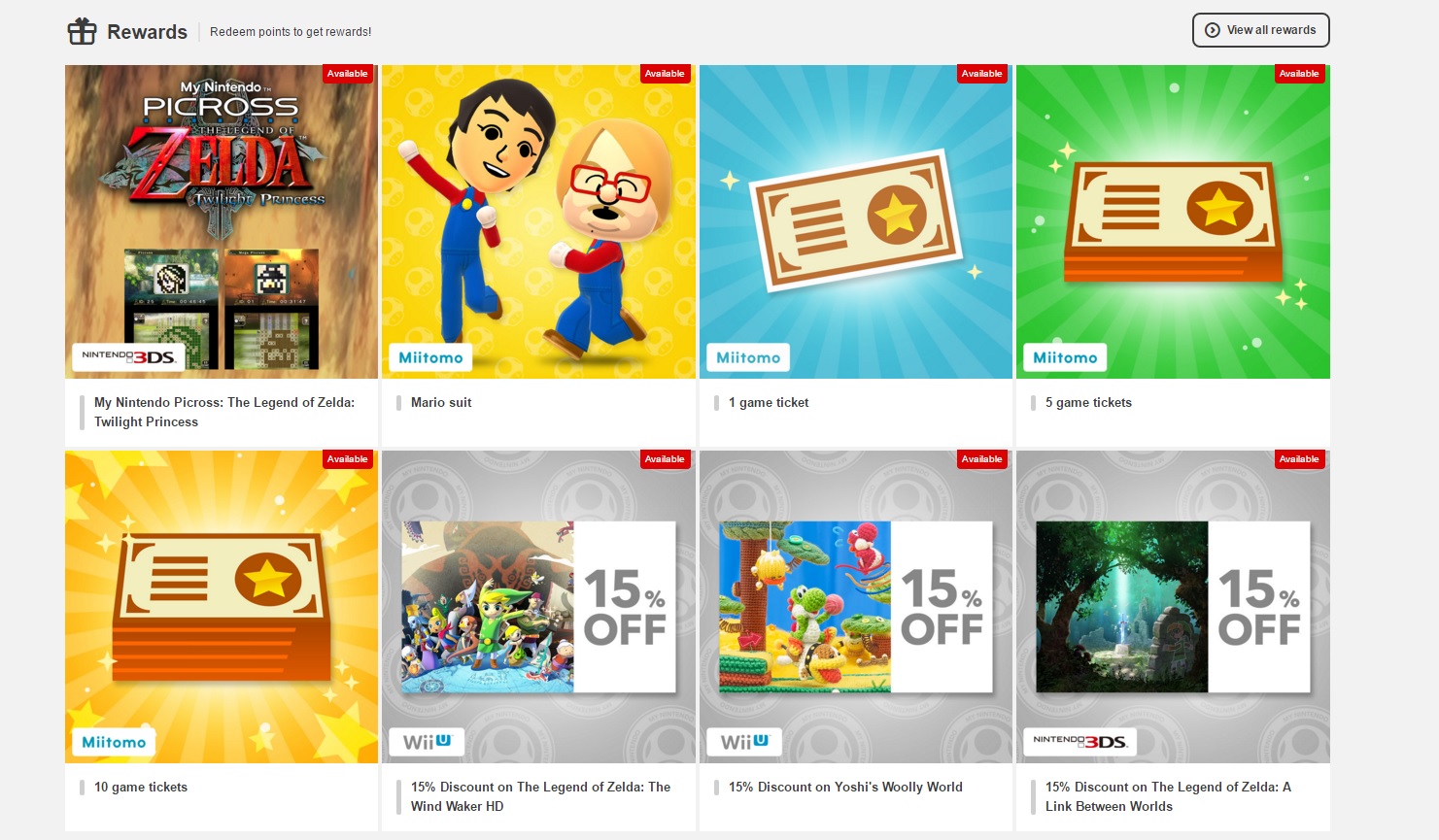 And to a lesser extent, Miitomo

The day finally came — the replacement for Club Nintendo is live — My Nintendo. Rather than solely provide users with the bulk of their points from purchases, there’s systems in place to provide rewards for checking into Miiverse and the eShop once a week, as well as (35 possible daily) points for playing Miitomo, Nintendo’s first mobile app.

Personally, I’m happy with it so far, having amassed 1400 Points in just over a week, which is enough for roughly one and a half free 3DS games. Of course without the massive bonuses in tow my accrual rate will slow over time, but for now, I’m satisfied with it.

So what’s the bad news? Well, it seems as if physical rewards are out. In fact, even if there’s a “one year Platinum” reward bonus like Club Nintendo has had in the past, I seriously doubt it will be physical, as even that program phased out physical items in its twilight years. Also, points expire in just six months, which isn’t ideal.

I want to hear about your experiences with the system though — whether you’ve refused to link social accounts and think the reward pipeline is too slow, and so on.