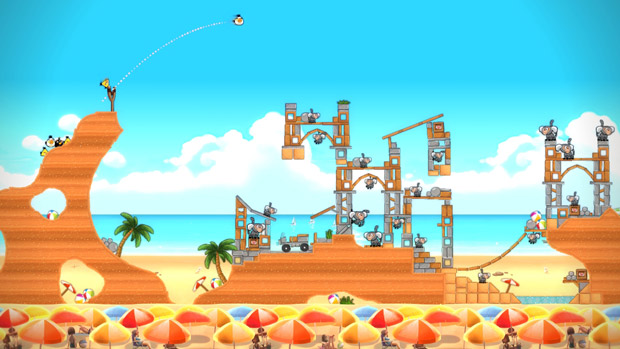 This week marks the release of Angry Birds Trilogy on 3DS, Xbox 360, and PlayStation 3, a $39.99 ($29.99 for 3DS) compilation that includes Angry Birds, Angry Birds Seasons, and Angry Birds Rio. There’s the launch trailer, which I’ll simply include without comment, but more interesting is a remark by Rovio.

One of the game’s Achievements (and Trophies) has players clearing every single included level with 100 percent destruction as the Mighty Eagle. As reported by Digital Spy, Rovio estimates this will take somewhere in the neighborhood of 300 hours to earn.

“I’d love to meet the guy who does that first, I’m just totally going to congratulate them,” said executive producer Kalle Kaivola. Well, now it just sounds like a challenge. Who wants to step up?