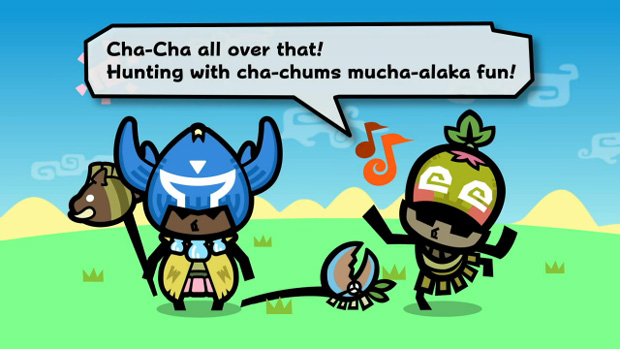 Monster Hunter 3 Ultimate‘s multiplayer has been briefly explained in the past, but you have yet to hear it described by a pair of animated Shakalaka! The above video features Cha-Cha from the original MH3 and newcomer Kayamba from Ultimate, your diminutive questing comrades. Together, they humorously recount what’s known of the MP capabilities in both the 3DS and Wii U versions.

On 3DS, you can play with up to four other players, though you are limited to local wireless. You’ll only be able to go online on Wii U, which can additionally be linked with three 3DS devices for local co-op. And should you own both 3DS and Wii U copies, you can share save data between the two.

You’ve seen screens of the 3DS version already; now check some Wii U screens below. The graphics are basically Wii-level but upscaled to 1080p, offering a nice, clean look. Doesn’t look half bad, no?