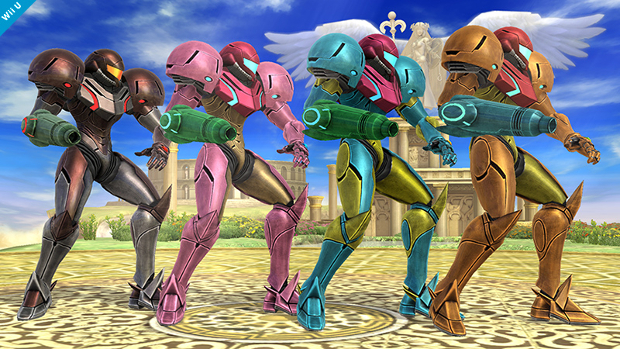 Sakurai took to the Miiverse with some Super Smash Bros. Samus shots to explain that, “Until now, you were only able to choose from four, or sometimes five or six colors for each character. This time, though, all characters have eight colors to choose from!

The four previously unseen Animal Crossing Villagers were shown off as well.