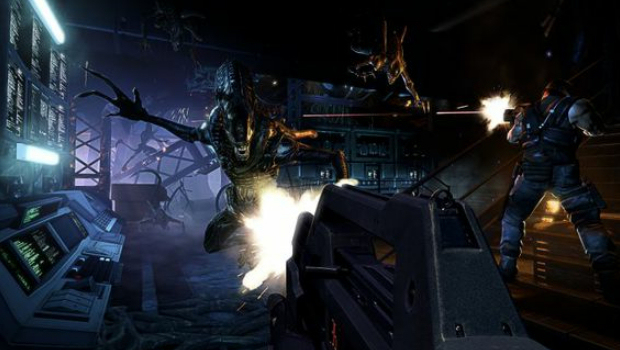 To my knowledge, Gearbox’s Aliens: Colonial Marines has been given release dates in 2010, 2011, 2012 and more recently 2013. Four consecutive years. Four years slated for release, with shifting dates in between. One could justly assume that the game has seen a lot of delays, but senior producer Brian Burleson insists it’s never been postponed once.

“It’s actually never been delayed,” he told VideoGamer. “The trick is with development, and this is always of those weird things … Actual production of the game started not so long ago. It was announced way before it should have been, because work had never started on it. You do pre-production, you do some research, you get all this stuff together — and everyone’s too excited, the cat’s out of the bag too soon.”

He said that “mixed messages” and pressure for ship dates led to the game’s constant hopping around the calender, but admitted that if it now misses the projected February 2013 date, we can finally consider it having been delayed.

Whether this is a genuine answer or a deft bit of spin, I’m still eager for the game. The ever-shifting launch window has felt like the hat that jackass kept kicking near the beginning of the live-action PopEye movie. You know, he kept trying to catch it, but kept kicking it away? You know what I’m talking about. It’s a great cultural reference.