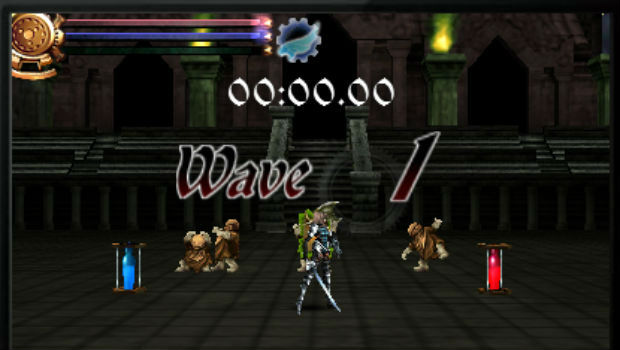 Will also launch with two DLCs

Late last year we got wind of a 2D action game for the 3DS called AeternoBlade, that was supposed to be released at some point in 2013 in the west. But after a series of delays the date was kind of just tabled, until now. We’ve just been informed that AeternoBlade will be launching on February 18th in North America for $14.99.

There will also be two DLCs on offer — one is a watermelon bikini costume (this will go over well, right?), and an Arena Mode featuring 20 waves of enemies. No prices have been announced for the DLC.