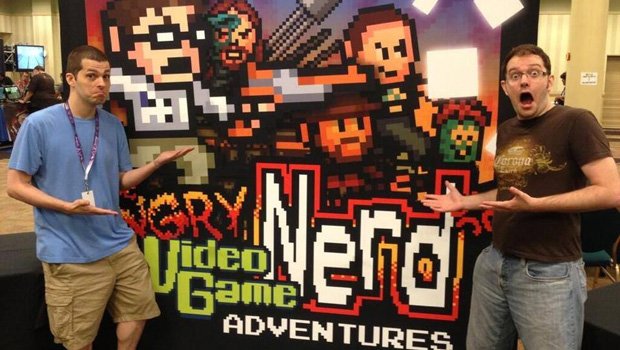 In my E3 preview of the upcoming comedy platformer Angry Video Game Nerd Adventures, I noted that each time you die a random Nerd phrase appears on screen. Fans of the Nerd’s foul-mouthed escapades are quite familiar with the colorful insults he hurls at less than optimal games. You know, like “I’d rather have a buffalo take a diarrhea dump in my ear! or “I’d rather press my face against a hippopotamus’ butt while it muck spreads!”

I also mentioned that fans would be able to suggest their own death phrases and have them included in the game. Sam Beddoes of FreakZone Games, developer of AVGN Adventures, has begun accepting suggestions on the game’s Facebook page. It’s sort of like a Mad Lib in that there are two phrase templates and you must fill in the blanks with anything you can think of — barring copyrighted names, real people, or racial / sexist language, of course.