[For his Monthly Musing, Hakael tells us how immersed he became in Shemue, and how amazing the entire experience was for him. There’s still a few days left to get your musing in, so if you haven’t written one, do it now! — JRo]

When I was a sophomore in high school my favorite hobby changed forever. I’d always played games, but up until my mid-teens they were just a distraction. Putting an hour or two into an RPG at a time, or playing a few rounds of Street Fighter was something I would do when I was bored, and that was it. I’d owned multiple systems and had procured a decent collection of games, but outside of Legend of Zelda and the occasional square game, I’d go to the movies or buy a new book if I wanted a real story to chew on. On Christmas Day 2000, things were different. That day my eyes were opened to what games could become as a storytelling medium. It was the day I played Shenmue for the first time.

Shenmue was the first video game I was truly immersed in, where everything about the characters and location felt real. They had daily lives. The people in town weren’t standing around waiting to talk with me. Instead they had jobs. Everyone in the game’s fictional 1986 Japan had routines, families, and voices. They were either willing to indulge me with conversation, or they would ask me not to bother them so they could move along with their day. It rained in Yokosuka! IT SNOWED! Stores closed at night, and the streets became more dangerous to wander in. It was the first video game world I had experienced where it felt like the world didn’t revolve around my actions. If I wasted a day having Ryo practice fighting with Fukuhara at the family dojo, Nozomi would still be tending to her flower shop. Tom would still be selling hot dogs. The world continued on as it always had if I wandered the town or not.

The people along the way in this revenge tale are still fresh in my mind. Nozomi, the unrequited love who had to move on with her life because Ryo was too obsessed to stop and kiss her. Tom, the hot dog dealing, tornado kicking, Jamaican chilling out in the middle of town. Gui Zhang, rival and ally at the same time. Master Chen, wise and mysterious. Terry, Evil King of the Harbor. Mark, the working man looking for his brother. Goro… loveable, stupid Goro. He got me a job. And Chai. Good lord, I still hear that bastard’s laugh in my nightmares. While these characters all had specific interactions with Ryo, they stood on their own. They had their own character goals, independent of Ryo. Nozomi moves to Canada for school, Tom plans to move back to America, Goro wants to get married! Ryo was part of their lives, but he wasn’t the focus of it… something I still find refreshing.

The opening sequence of Shenmue played a large role in getting me hooked. While you’re given a clear goal, this was an action game where you weren’t provided with a blueprint for how to achieve that goal, or an endless stream of enemies from point A to point B. Instead, you needed to figure things out. Who was Lan Di? Why did he want this mirror so much? Was he somehow justified in taking the life of Iwao Hazuki? He revealed that Iwao had killed someone. These were the questions I was asking myself as I wandered the streets of Dobuita in between taking care of a kitten, playing at the arcade, and slowly gathering intel about how to find Lan Di. The price of gathering such information was steep, time needed to be spent practicing new moves in order to use them effectively in battle. As the game progressed, it became apparent that every moment I spent beating up a gang member so he could point me to the nearest Mad Angels hideout was going against Iwao’s final wishes to Ryo. But sometimes you just can’t let things go.

Another thing that Shenmue provided that few other games had at that point was the sheer variety of things to do. If you were otherwise bored with your quest, you could choose to hit the arcade, pick up boxes or stack crates with a fork lift for extra cash, spend your time walking from place to place examining items, or collect in-game toys. A lot of this seems trivial and stupid from where we sit now, but much of it has been incorporated and improved in modern games. The main quest featured fighting, QTE, open world exploration, and racing. These modes would change within moments of each other, or shifted as a scene progressed. The fighting was deep, based off of Virtua Fighter. Tons of combos could be achieved by the end of the game. Quick Time Events were an entirely new animal to most, sometimes frustrating, sometimes rewarding, but it was a new element in console gameplay. Yes, Dragon’s Lair and other games in the early 80s had an element like QTE where you memorized specific button presses to continue the game/movie, but Shenmue was responsible for integrating them into a modern title, and quite successfully. Controversial as they often are, QTE still exist in some of today’s great game titles, and it’s largely due to Shenmue.

Shenmue wasn’t just a game for me. It was an experience I’d liken to reading a favorite book for the first time, or listening to a new band and finding that I enjoy them. It was formative. I don’t know if I’d play the same types of games, or if I’d have eventually dropped the hobby entirely if I had never played it. It had such an impact on me that when the Dreamcast failed, I imported a copy of Shenmue II from Europe because I didn’t want to wait for the X-Box port. Today, I feel like we’re standing on the brink of a gaming renaissance. Video games are offering more in terms of immersion, storytelling, and character interaction than they had achieved in previous generations. But I can’t help but feel that they owe much of it to the risks Sega took with Shenmue. While I’m currently waiting patiently for games like LA Noire, Mass Effect III, and Skyrim … sometimes, just sometimes … I wish I was still driving a forklift and looking for seedy characters at the docks on my break. 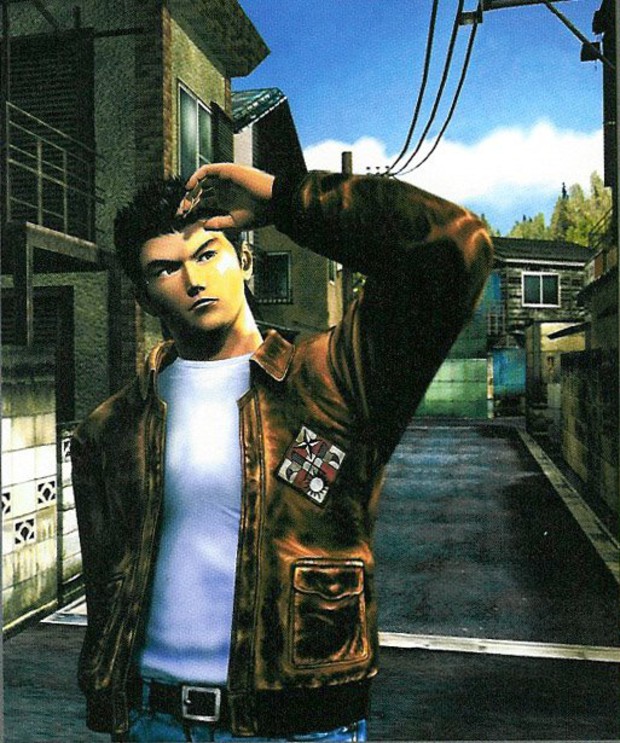