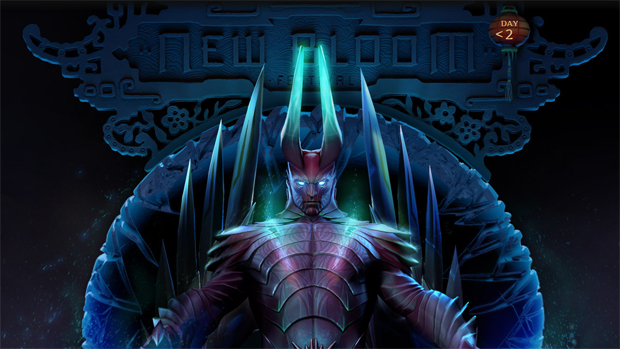 The Chinese New Year is upon us, and everyone knows that that means: a new Dota 2 event! The update was vaguely outlined yesterday, but today we can get a much better idea of what the New Bloom update will have in store. First up is a new Hero: Terrorblade, who can use illusions to do his bidding as well as swapping HP with an enemy via his ultimate. Oh, and naturally there’s a fancy new item for him as well, which gives him new everything: portrait, pose, minimap icon, and more.

Also included in the update will be a new game mode: Random Ability Draft, allowing you to pick a hero and their abilities. It’s a silly game mode that is sure to soak up much of my time in the future, considering the possibilities and the less-than-serious attitude that is sure to accompany it. Right guys? Playing Dota 2 for fun is a thing, right?

Balance changes managed to sneak into this patch as well, and some are pretty significant. There are some overdue nerfs (Earth Spirit) and some seriously interesting buffs (Sand King!). You can check out all the information that was released today on the official website.