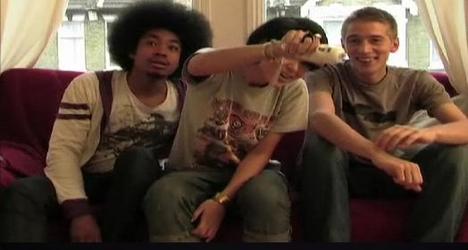 Remember way back in April when the rumor of a Xbox 360 motion controller was vomiting all over the internet? Remember taking that brand new SIXAXIS controller and juggling it in Ratchet & Clank to make a ball fall in a hole? Wii owners don’t have to grasp for these beautiful memories of motion control bliss. For that crowd, every game consists of hokey controls and silly manuevers.

CVG points out that In2Games wants to make sure that every gamer has the opportunity to explore the fascinating world of jiggles, twists, turns, and bumps that motion controls provide with their new controller, available for “next generation” consoles. To accompany the “most advanced controller ever,” In2Games is developing a title called Squeeballs. Squeeballs appears to be a gleeful party game, a genre that certainly Wii owners would love to revive.

I simply cannot wait for this amazing technological innovation to hit my next generation consoles. In fact, you can all view the exciting teaser trailer for the package right here. I wonder which consoles the controller and Squeeballs will hit? On second thought, it doesn’t matter. I’m buying at least four or five of these things upon release.