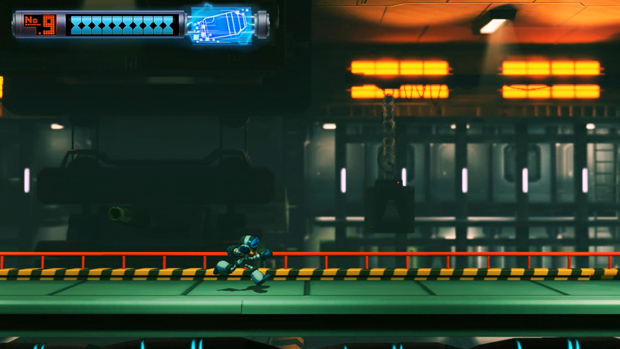 Comcept has shared a few alpha screenshots of Mighty No. 9 with backers and while I was initially hesitant to cover them given the obvious work-in-progress visuals (the one above is the most realized of the group), I’ll take what I can get. It’ll be interesting to look back on these as the game gets further along — that’s open development for you.

As a reminder, Mighty No. 9 isn’t releasing until next spring. Plenty of time to revisit that heads-up display, which looks like a placeholder taken straight out of the concept art.

Filed under... #Alpha#Comcept#Gallery#Kickstarter#Linux#Mac#Mighty No. 9#PSVita