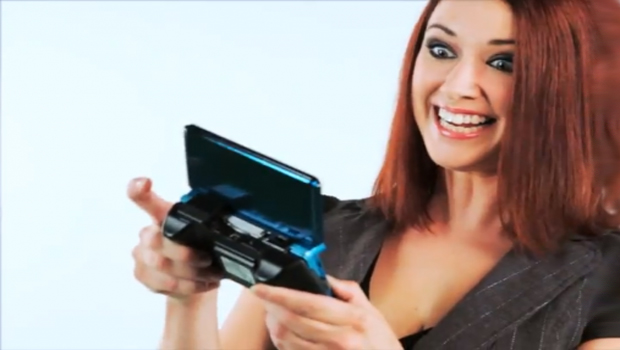 The 3DS was set to get a system update on December 8th, but it looks like Nintendo jumped the gun. The update is now available to all, and it is awesome. The most eye catching feature of this new update is the ability to shoot video in 3D; up to ten minutes worth if you have the space on your SD card. The video mode has quite a few settings built in. You can change the speed of your video after you’ve shot it, adjust the camera for low light settings and shoot in 4 different modes (normal, time lapse, stop-motion, and montage).

The other 3DS channel to get a big update is the Streetpass-focused Mii Plaza. There are now 7 new puzzles to collect, based on Rhythm Heaven, Donkey Kong Country Returns, The Legend of Zelda: Ocarina of Time 3D, and more. You wont be able to form these new puzzles just by spending coins on new pieces, though. There are new pink puzzle slots that you can only fill through interacting with other players or special Nintendo hotspots. There is also a sequel to the turn-based battle quest mode. Find Mii 2 has tons of new features, like branching paths, the ability to buy potions in battle with coins, the option to pair two members of your party for combo attacks (but only if they are wearing the same color shirts), and the option to hire old Mii’s that you’ve collected in the past, and more. I just hired Sterling (he’s level 5, making him my toughest Mii) for two games in a row, and totally cleaned house. I already got 3 new hats (Yoshi, Top Hat, and Arwing hat). Hooray for hats!

Mii Plaza also has 78 Accomplishments (think achievements, but with some of them actually requiring you to interact with other people in real life), a soundtrack mode (that features 35 songs) and a map that shows where all the Miis you’ve met are from. I’ve met Miis from two different parts of Japan, and 5 parts of Canada. Who knew!

Unfortunately, the 3DS eShop is still down for maintenence so we’ll have to wait a bit to see if the rumored release of the GBA Ambassador games and 3DS demos is really on the horizon. While we wait for that, hit the jump for more on this big 3DS update.

* There is a new Nintendo Zone channel that will be compatible with Nintendo hotspots, allowing internet access, free demos, trailers, and more

* You can now store your credit card information

* You can add friends at any time on your friends list. No more scrolling back to the front!

* And more! Download the update yourself and tell me what other new stuff you’ve discovered!