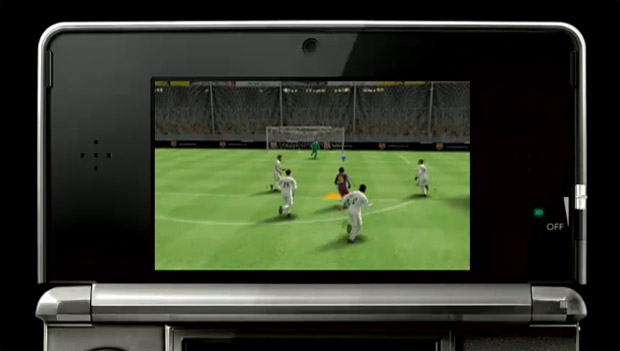 Konami showed a trailer of Pro Evolution Soccer 2011 3D footage at the European 3DS event alongside some odd Wagner music.

PES 2011 will have a new camera position which is now right behind the player, instead of the regular stadium or TV view you’re used to. Their goal is to make the player feel like they are actually playing football (ok, soccer for you Americans).

A pretty interesting decision for PES. Are any of you Fifa or PES fans and what do you think of this new camera position for the upcoming 3D title?