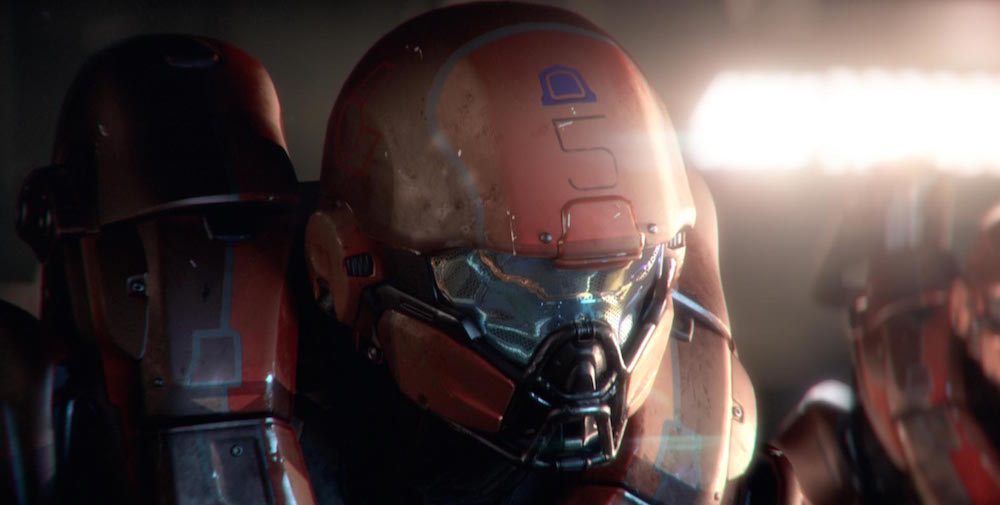 In the latest instalment of its viral promotional campaign HUNT THE TRUTH, Halo 5: Guardians developer 343 Industries has revealed “dark” information about how the Spartan Program came to be.

A (fake) interview by (fictitious) journalist Benjamin Giraud – who was at New Mombasa when the Master Chief first appeared to combat the Covenant attack – hints at a secret past that (made up) soldiers whispered about. For the details, jump to 8.20 on the latest podcast from Giraud, where (make-believe) informant Petrosky gives (unreal) testimony about the “dark, dark days” of ONI.

“All the families thought that they were burying their kids, but really though, their little kids were now government property, kept by ONI, training to be Spartans for years,” admitted (the also fictitious) Petrosky.

“And then, when they’re barely teenagers, they start biologically augmenting them – which is just a fancy way of saying they tore the kids to pieces and rebuilt them with tech.”

Well. That’s not very nice, is it?

This won’t be the only tease we get – particularly as we’re still gearing up for E3 – but hey, I’ll take anything I can get while I wait for Halo 5: Guardians’ release on October 27.