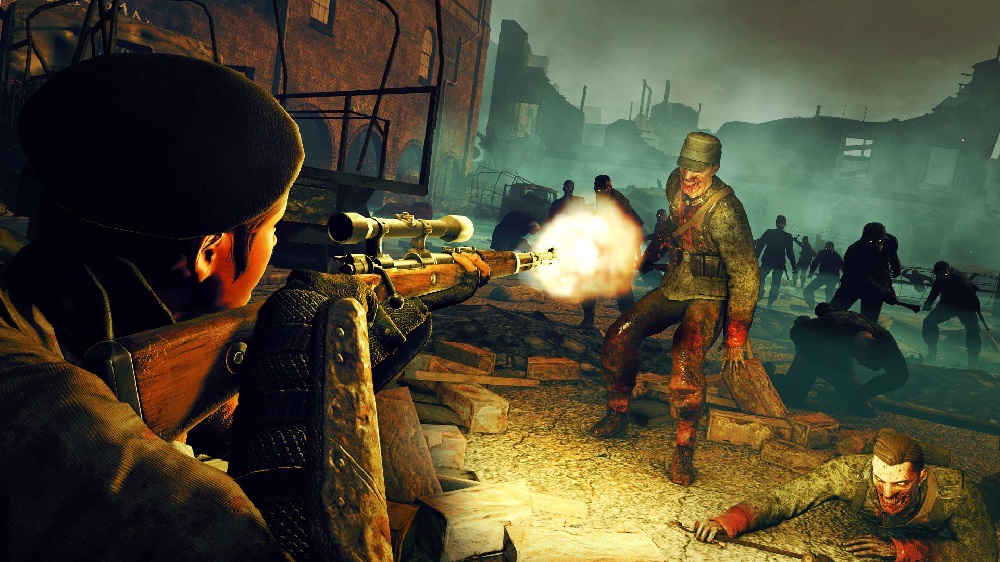 Rotten to the corp

UK developer Rebellion has announced that the Switch port of Zombie Army Trilogy is expected to launch “in the first half of 2020”, bringing all of the shooter series limb-flinging, head-poppin’ undead action to Nintendo’s baby.

Zombie Army Trilogy comprises of two previously-released games, (which are themselves standalone DLC titles for Sniper Elite V2) along with an all-new adventure. This makes for three story campaigns and a frantic Horde Mode, all of which support up to four-player co-op.

The Nintendo Switch release will include wireless play, motion control elements, HD Rumble and Pro Controller support, along with all of the modes and features of the PC, PS4 and Xbox One release. So grab your buddies and prepare to clear out Europe of the impending undead menace.

You can check out a trailer for the PS4 release below. Zombie Army Trilogy is available now on PS4, PC and Xbox One and will arrive on Nintendo Switch in 2020.