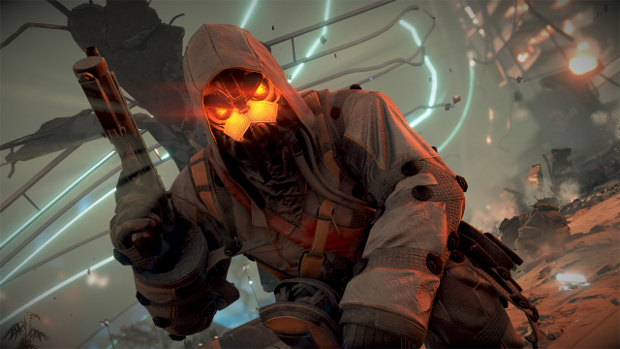 Hey! You! Yeah, you! Killzone: Shadow Fall comes out next month (that’s this…Shadow Fall…man I wish I had used that when we were still in summer).

If you’re into it, you should cop this straight gameplay (starting around the 5 minute mark) that made its way over from the Tokyo Game Show, which feels like ages ago. The video must’ve swam over or been sent via carrier hermit crab, hence the tardiness. There it is just the same.

Any excitement for Shadow Fall? Anyone get the bundle? Is anybody out there? Does anyone actually prefer I Can’t Believe It’s Not Butter to actual butter? Killzone tends to be a thing I want to like more than a thing I do like. Hoping that changes this time around.