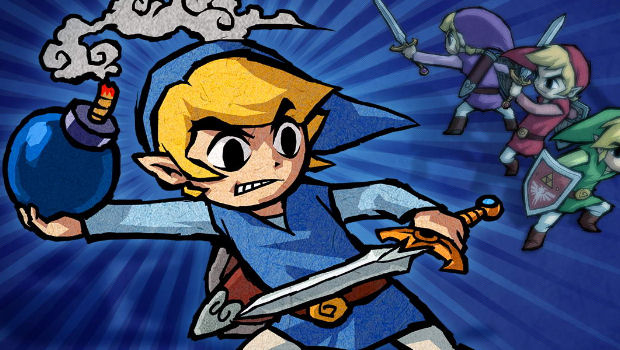 [Update: It’s out in North America now, too. Download away!]

The Legend of Zelda: Four Swords Anniversary Edition has released in Europe and Australia, ready for download on both DSi and 3DS. The free game is available for a “limited time” only, so consider this a public service announcement!

Four Swords is a re-release of the bonus game bundled with A Link to the Past on Game Boy Advance. The four-player adventure now has a single-player mode, because there’s no online feature and it seems even Nintendo knows that local handheld multiplayer barely happens outside of Japan.

Nintendo didn’t mention territories when it gave us the September 28 release date, but there’s currently nothing for North Americans. Either it’ll happen at 9am PST, or roll over into tomorrow’s online updates. We’ll let you know!