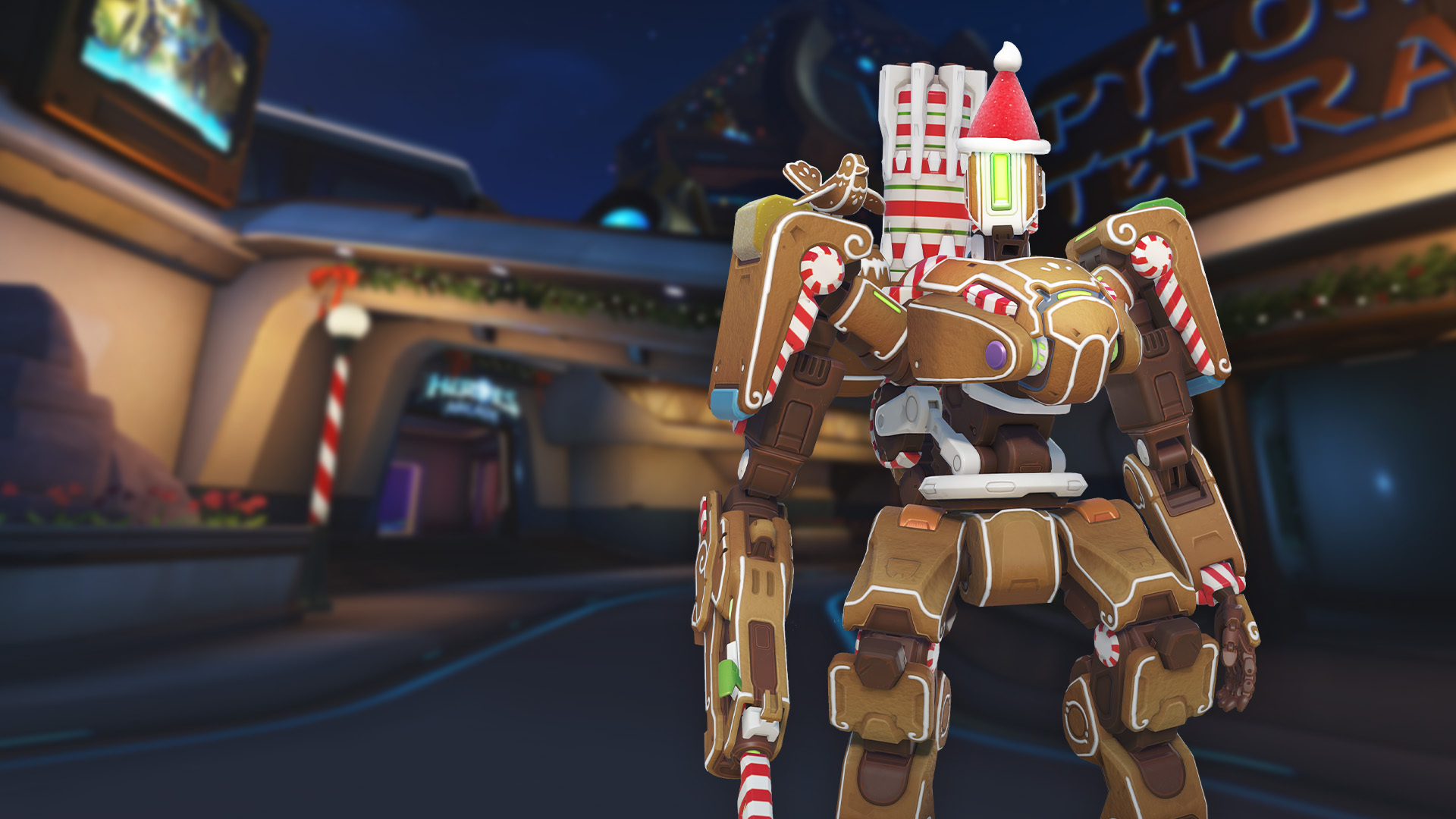 Although Overwatch doesn’t seem to have the same cachet it once enjoyed in the Overwatch 2 era, it’s still chugging along with the seasonal model: which includes new heroes. This holiday update is a little less exciting, but it does involve a nearly-free skin.

Blizzard has announced today that the Legendary Gingerbread Bastion skin will cost one Overwatch 2 coin (the main currency of the new iteration of the game). The promotion will run from today through January 3. You can check out the skin in the header image, and see if it’s even worth your time logging in (or installing it at all, depending on your reaction to the semi-sequel).

I guess it’s a good thing Bastion was fixed

You may recall that late in the year, Bastion was busted, and was taken out of the rotation completely. As a recap, Blizzard posted the following Twitter message on October 10: “Bastion and Torbjörn will be taking a quick trip to the workshop while we iron out a few bugs in their ability kits! Bastion will be unavailable in all modes during this time, while Torbjörn will still be playable in Quick Play.” Bastion in particular was able to exploit his ultimate, leading to a swift recall of the hero.

Bastion was added back to the game on October 25, and joins a line of heroes (among other things like at least one map) that were removed from the game due to bugs.