It’s part of a long line of Sonic Frontiers updates: both big and small

In case you missed it, Sonic Frontiers just recently put out a “2023 roadmap,” and there’s a lot on it. Before we actually get to the new year though there’s a bit of free DLC to be had: including a “Holiday Cheer” Christmas suit.

As confirmed by the official Sonic the Hedgehog Twitter account, the DLC suit is out today, on top of the prior Monster Hunter DLC. If you need a rundown of how all this skin DLC works (it’s not intuitive), we have a full breakdown here. 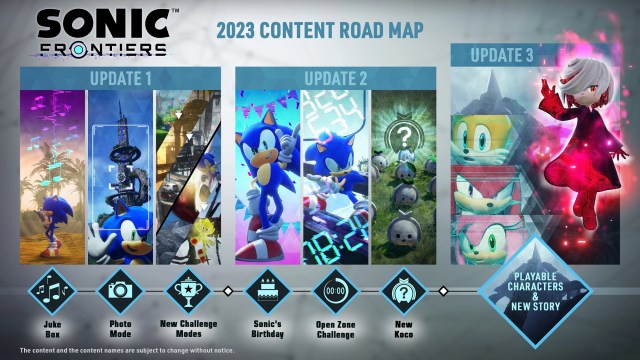 As a reminder, here’s what the Sonic Frontiers 2023 roadmap looks like

If the team can fix a lot of the technical issues plaguing Sonic Frontiers, it should have a really, really long tail: uncharacteristically long, in fact. Folks have already taken to Sonic Frontiers more so than a lot of other modern 3D Sonic games, so more content and fixes will only help its case. Until all of the major stuff rolls out, we can mess around with the minor cosmetic DLC.