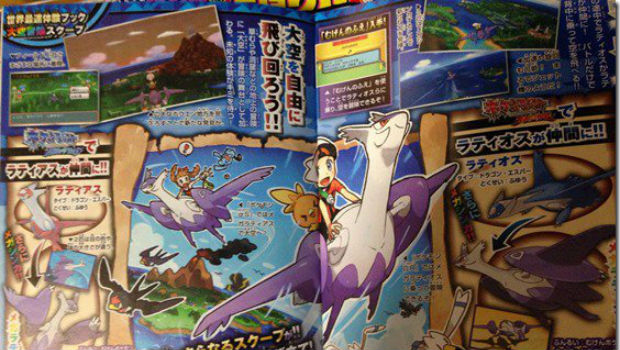 New details are coming out for Pokemon Omega Ruby and Alpha Sapphire by way of the CoroCoro magazine, and it’s looking good. Not only do Latios and Latias have Mega Evolutions, but Megas for Pidgeot and Beedrill are also in. Keeping with the exclusivity structure, Latias is Sapphire-only and Latios is Ruby-only.

But wait there’s more! The best part is that you’ll be able to fly around in the game’s overworld a well as encounter legendary pokemon such as Zekrom and Palkia in the sky. You’ll explore islands in the clouds as you look for more creatures, though the exact specifics haven’t been revealed yet.

So far this sounds like one of the coolest advancements in travel yet for the series.