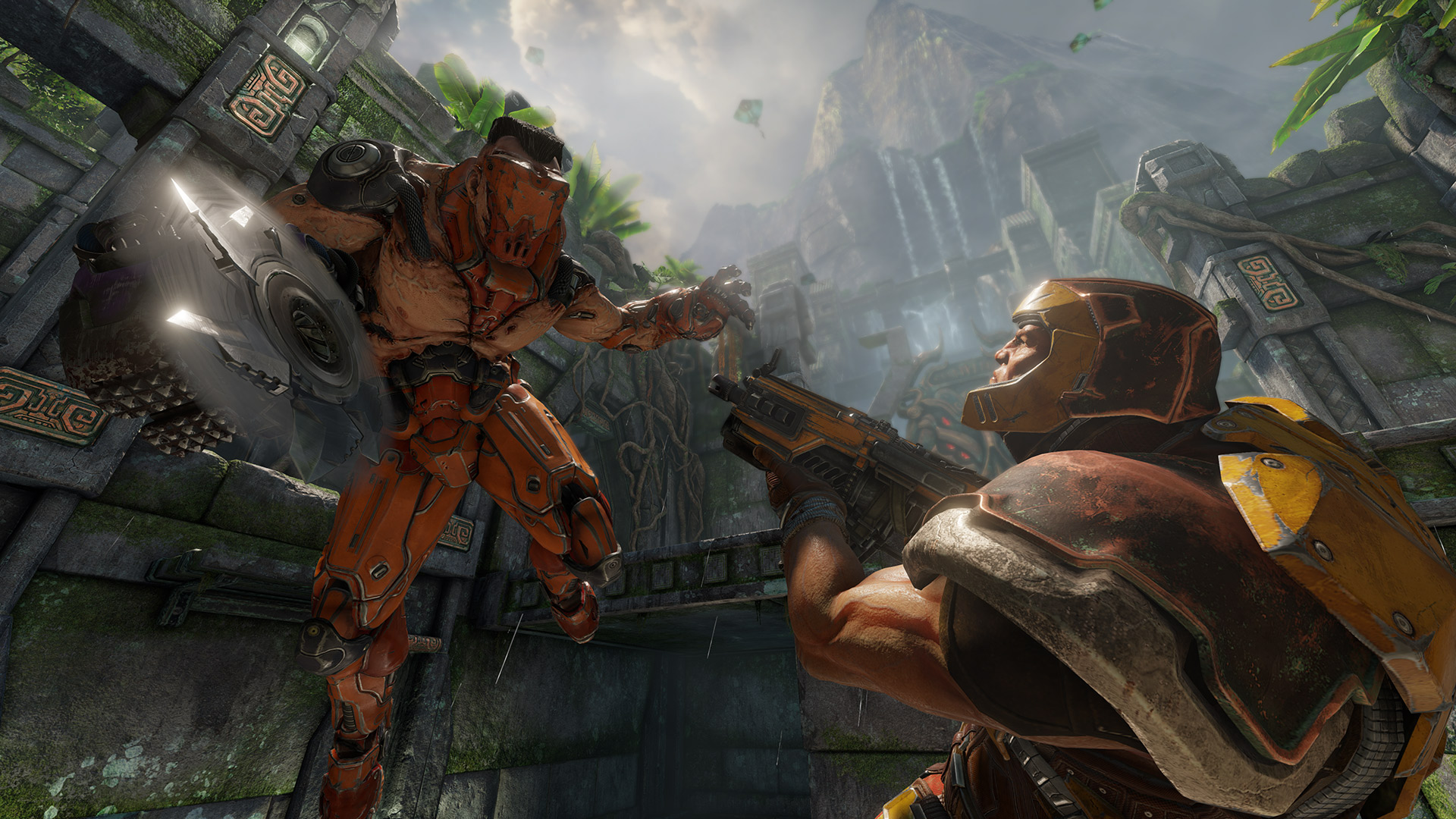 Quake Champions was a nice surprise out of E3, but the teaser didn’t give us much to on, and talk of classes and abilities turned some long-time fans off entirely. Today’s gameplay footage out of QuakeCon is a better showing, inherently, though I’m already seeing folks complain that it’s “too slow.”

The trailer’s description seems to speak directly to the die-hard audience. “In true Quake fashion, you’ll have an arsenal of powerful and unique weapons, each of which will feel familiar to long-time Quake players. There’s no loadouts, and no limit to the amount of guns you can carry. Quake Champions will be going into closed beta in 2017, so it won’t be too much longer before you’ll be able to get your hands on the heart-thumping arena-style FPS and see for yourself just how fast it is, running at 120hz with unlocked framerates.”

Most of the Quake series has escaped me, but I’m glad to see it and also Unreal Tournament doing their part to help keep this style of shooter alive. I’m not writing Champions off.