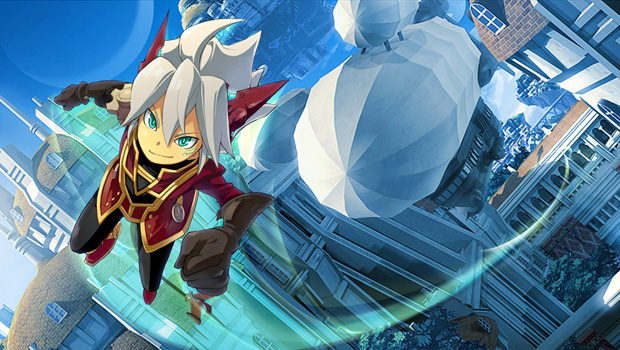 About two and a half years back, Yuji Naka’s Prope studio announced a new Wii / 3DS title called Rodea the Sky Soldier, which looked like a much more action-oriented NiGHTS into Dreams. The title sounded promising enough that I named it one of my most anticipated games of 2012, but unfortunately, publisher Kadokawa Shoten decided to sit on the completed Wii version and offer no further details on the state of the 3DS version.

In a recent interview with 4Gamer, Kadokawa president Yoshimi Yasuda revealed that the game is still coming and that the reason for the silence was simply a lack of media interest (Hey! I was interested!). Since the Wii version relies heavily on the Wii Remote, the past year or so has been spent working with the 3DS to figure out a sensible control scheme. The 3DS build is currently 70% complete, and more information will arrive in the near future.

I’m super stoked that Rodea wasn’t scrapped, though I wonder what Prope and Kadokawa plan on doing with the Wii version. Perhaps they’ll use the knowledge gleaned from their 3DS experience towards a Wii U up-port, which will of course still allow the option to use the Wii Remote as originally intended. I don’t care what they decide on; I just want this game.