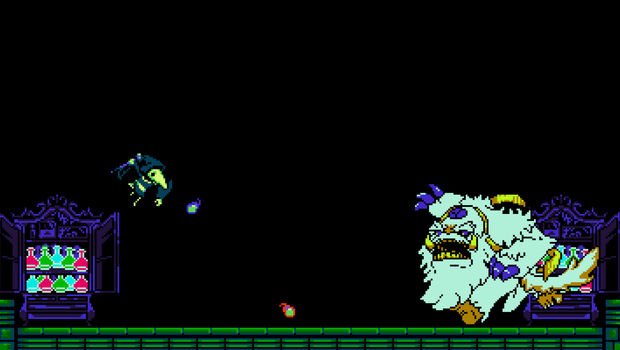 Shovel Knight was one of my favorite games of 2014, but it’s far from over. We still have the multitude of free DLC on the way, including multiplayer, a versus mode, and the new Plague Knight expansion, titled “Plague of Shadows.”

Developer Yacht Club Games has teased more Plague of Shadows news by way of its Kickstarter page, and it will be playable at PAX East. According to Yacht Club it’s coming “soon.” They also remind us that the base game will be Cross-Save and Cross-Buy on PS3, PS4, and Vita.