Spoilers: You have to plug it in

New images have surfaced online that purport to show the rear casing of prototype Xbox Series X hardware, giving us our first look at the connectivity of the jolly green giant’s new system.

The images first appeared on NeoGAF, posted by user “CurryPanda.” These images were then further certified by Thurrot.com’s Brad Samms, a tech writer with a strong reputation for their Microsoft sources. On this supposed prototype model, we can see sockets for power, HDMI, several USB ports, optical, and Ethernet, as well as a curious “slit” socket, which you can see to the left of the HDMI port. Samms believes this is strictly for diagnostics, and will not feature on the retail unit. 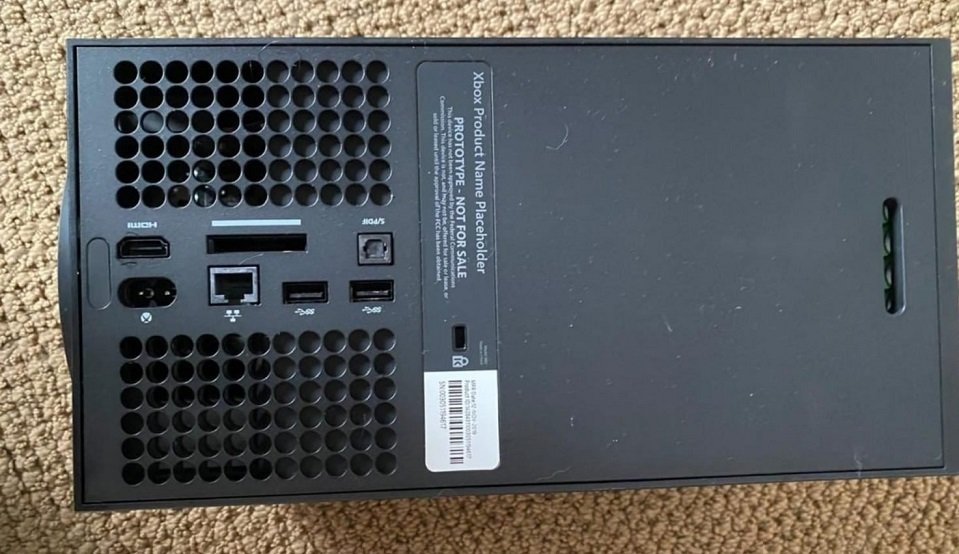 Everything on show here seems relatively standard in regards to modern console connectivity, with little in the way of surprises so far. Hardly “Hold the Presses!” stuff. But still, with a new generation of gaming hardware bearing down on us fast, tech-heads will be eager to get their hands on any design information regarding the next wave of consoles, while manufacturers get into gear for what promises to be a financially ludicrous winter.

The Xbox Series X is scheduled to launch Holiday 2020.