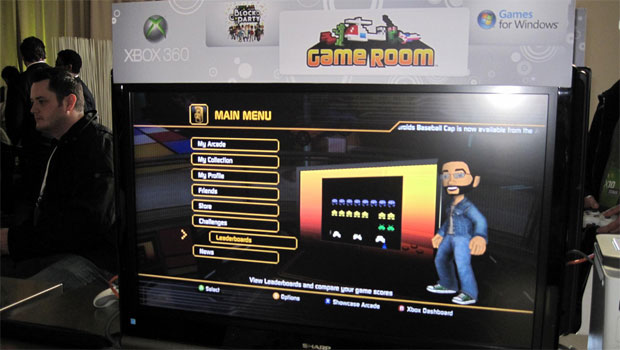 Microsoft’s old-school gaming hub Game Room is coming to Xbox 360 this March, and it’s already been confirmed to launch with 30 titles.

But starting in April, expect somewhere between five and seven games a week to be added for download. Like Xbox LIVE Arcade game’s Wednesday releases, expect a similar weekly schedule for Game Room. While Microsoft hasn’t nailed it down, it’s eying a Thursday release for Game Room titles, so plan accordingly.

There’s also going to be an incentive to pick up games the day they release — a special item that will stay with you in your personal game room. At X10 today, Game Room senior producer Fred Norton showed off one example, a helicopter that flew around the player’s Avatar. Norton says that these day-one exclusive items will be different for every game, and in some way tie into the games iconography.