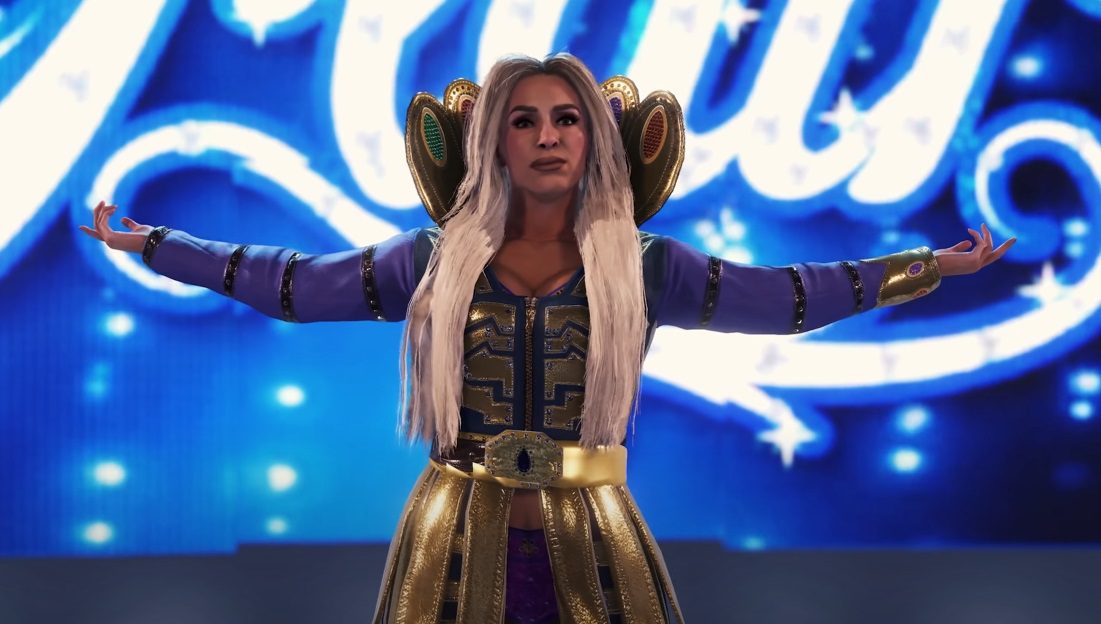 It Hits The Same

2K Games is currently gearing up for the comeback of one of its most lucrative sports franchises, WWE 2K. After taking a one-year sabbatical following the disastrous release of WWE 2K20, the pro-wrestling sim will return in March, sporting new controls, new features, and overhauled gameplay mechanics.

But the brand new WWE 2K22 gameplay trailer, which you can check out below, isn’t convincing.

The preview, which premiered during the weekend’s WWE Royal Rumble event, sees the WWE’s star-studded roster laying the smackdown in and outside of the squared circle. We catch glimpses of Sasha Banks, Kevin Owens, Roman Reigns, Drew McIntyre, The Undertaker, and WWE 2K22 cover star Rey Mysterio. But, despite the glitz and glamor of what promises to be a star-studded roster, there is an over-familiarity about the entire trailer. The worst part? It just isn’t exciting to watch.

The goal of WWE 2K22 is to return to the ring a refreshed, revitalized, and fully repaired WWE 2K experience — this gameplay trailer, in my opinion, could be advertising any of the recent cut-and-paste releases in the beleaguered series. The presentation, visuals, animation, character “floatiness,” and total lack of visceral impact do not scream “We’re Back! It’s a New Beginning.” Everything about this preview simply says “Here’s this year’s WWE 2K game, the sequel to last year’s WWE 2K game.”

Now, of course, the proof of the pudding will be in the eating, and we’re yet to get our hands on WWE 2K22‘s overhauled gameplay and controls. But the clock’s already ticking. WWE 2K22 is out in a little over five weeks’ time, and 2K is seemingly wanting to prove a point of redemption with the release. So where is the demo? Or the real-time gameplay footage? If 2K is attempting to win back an audience, (one that was sorely burned by the previous release), are said audience required to drop the best part of $80 on launch day in order to see whether said comeback makes the grade?

WWE 2K22 launches March 11 on PlayStation, PC, and Xbox platforms. And the marketing repeatedly tells us that “It Hits Different.” If that’s true, then show us, because, from these previews, I ain’t seeing it.