Hell in a Cell, and everywhere else

[Update: As reported by Eurogamer, 2K Games has finally responded to the slew of complaints regarding the diabolical state of WWE 2K20. In a statement on Twitter, the studio said it was “listening closely” to the feedback and hoped to have an initial patch ready within the next two weeks.

In my opinion, given the memeriffic nature of this calamitous launch, (which even made BBC News), the wildfire spread of screengrabs and glitch compilation videos, as well as the run of low review scores from both critics and fans, the horse is long out of the barn on this one.]

Yesterday saw 2K Games launch the latest entry in its wrasslin’ series, WWE 2K20. Early murmurs coming out of preview events had already suggested that this year’s offering from the franchise had technical problems and lackluster gameplay, but purchasers have since discovered that the reality is far worse.

As reported by the fans themselves, WWE 2K20 is an absolute mess, packed full of bugs, glitches, broken mechanics, poor visuals, and omitted features. Within hours of release, the internet was filling up with both anecdotal and video evidence, showcasing the myriad problems with the $60 title. (Note: some of the linked videos feature NSFW language.) 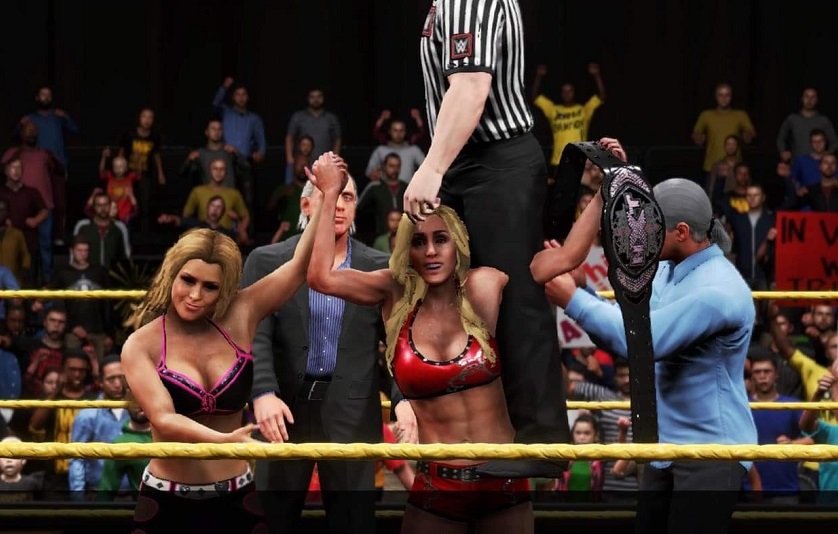 Issues noted include referees refusing to count pins, entrance music continuing throughout matches, button prompts failing to appear, mislabeled options, the same wrestler appearing multiple times in a match, flailing cameras, borked gravity, frame rate drops, and other candidates ripe for Botchamania. This is to say nothing of the visual glitches, which allows the slimmed-down Create-A-Wrestler mode to birth nightmarish models, the likes of which haven’t been seen since Assassin’s Creed Unity.

WWE 2K20 also seems to be struggling with its in-game engine. While the WWE titles have always been notorious for problems such as clipping, the videos currently online take these issues to the seventh level of purgatory. Clips posted include Ronda Rousey going apeshit in the ropes while everyone loses their knees, a referee trying to pull off a Cronenberg body-morph with Charlotte Flair, and wrestlers endlessly rolling around the ring. A Reddit thread posted by DazedRabbit offers a catalogue of problems with WWE 2K20 in its current state. 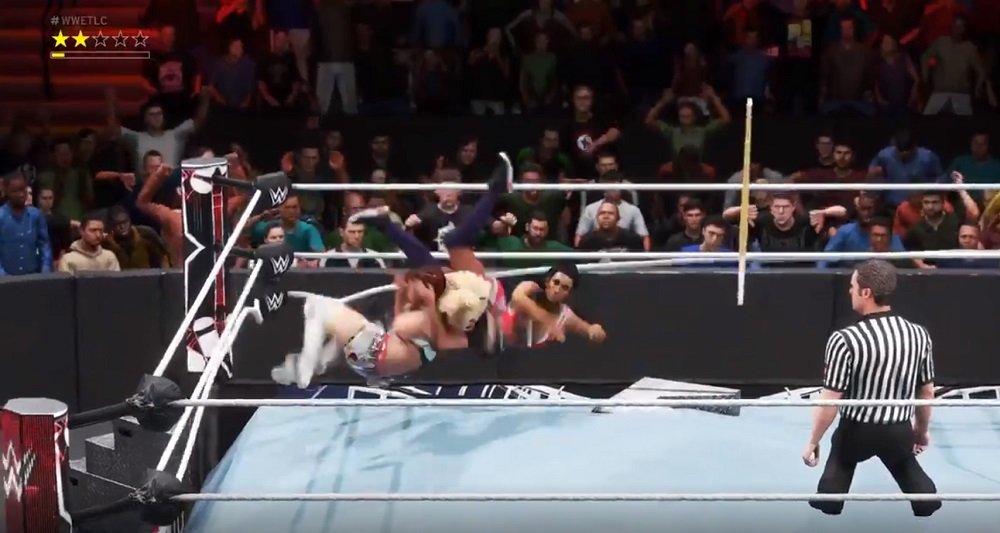 Angry fans took to Twitter with the hashtag #FixWWE2K20 to voice their concerns, while also filing negative reviews on Metacritic and Steam. 2K Games has since reached out to IGN, stating a Day One patch is now live in game, but whether this huge shopping list of issues can be brought up standard remains to be seen, not to mention general complaints about the poor visuals, clunky controls, and removal of fan favourite features.