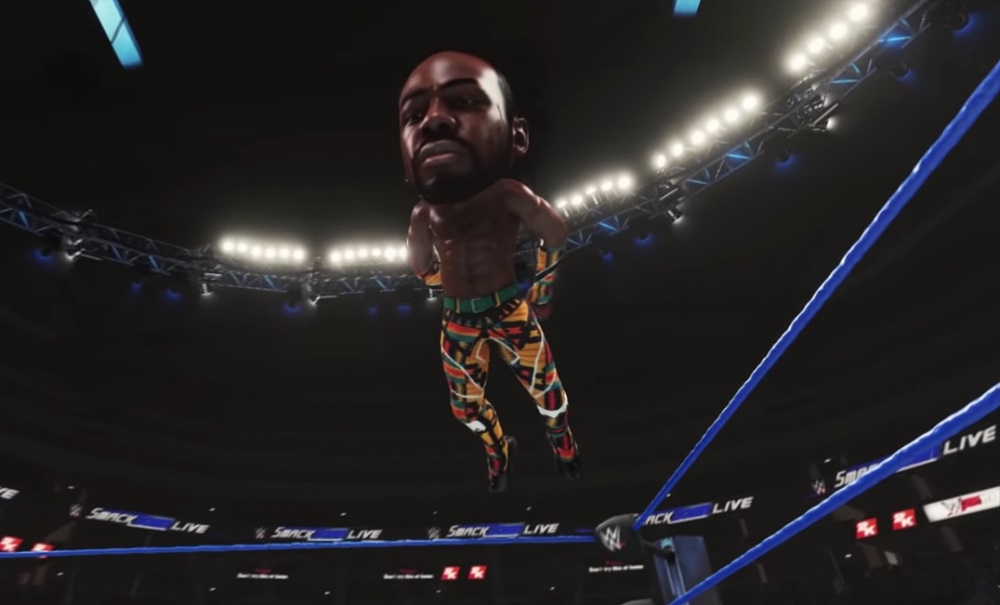 2K Games has released a new trailer for their upcoming wrestlefest WWE 2K19. The new preview video includes teasing glimpses at all sorts of features apparently headed toward the new title this October.

First and foremost, we catch what appears to be Bray Wyatt and Matt Hardy engaged in an Ultimate Deletion match at the latter’s estate. This is followed by a fast montage of stars old and new, from Shawn Michaels and John Cena to Andrade Cien Almas and Velveteen Dream.

Also glimpsed are a Woman’s Royal Rumble match, a zombified Hunter Hearst Helmsley, some sort of comedic Big Head mode and a solid gold A.J. Styles model. Also on display, unfortunately, are stiff animations and some low-rent graphics. The Hardy estate clips that open the trailer, for example, are genuinely of PS2 calibre, whilst the animation and body physics during shots of holds and moves look clunky, lacking in any weight and impact. The more things change…

Here’s hoping that WWE 2K19 proves me to be a fool, and very wrong, when it finally releases on PS4, Xbox One and PC October 9. I’m sadly confident that it ain’t gonna.