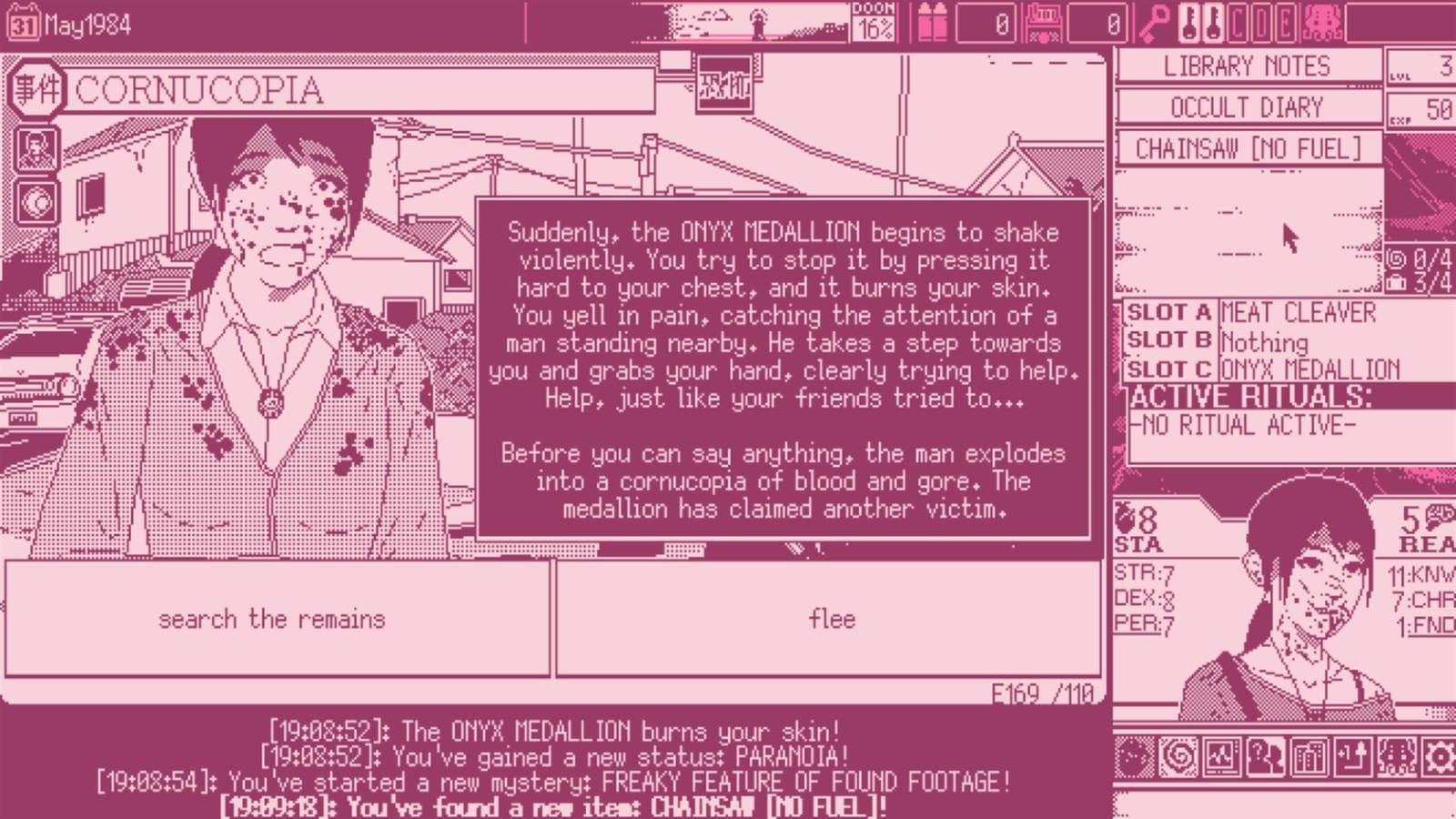 New content and modding features arrive in this update

If you haven’t got around to it yet, World of Horror is a run-based horror RPG that mimics the style and interface of older systems. Its retro aesthetic melds with its horror, taking inspiration from the likes of Junji Ito. Stuck in the city of Shiokawa, you have to solve local terrors that plague the town and fight evil as a greater cosmic horror inches ever closer, spelling out impending doom. It’s a fun time!

After teasing some good news coming soon, developer panstasz has released the big update today, which adds a pretty hefty amount of content on all sides for World of Horror. A reworked City Planning feature will help players customize their game a bit more, and Challenges will test seasoned players of World of Horror, pushing them to deal with pre-selected playthroughs with unique mechanics.

Two new mysteries arrive: a weird friend with a dark secret and an abandoned mansion filled with creepy paintings. Surely neither one will have any unforeseen horrors lying in wait, right? Two new characters also join the lineup, the Witch and the Ex-Cultist, bringing the roster up to 11 playable heroes. Plus a bevy of new events are arriving, the largest batch since the initial launch of Early Access, exploring characters’ backstories and roles.

And to round it all off, modders get some new tools as well. Custom mysteries, created characters, and chained events and combat encounters are all available.

Basically, it’s a huge update for a horror-themed RPG that’s already caught our eye in the past. There’s really not much else like World of Horror out there, and I’m happy to have another excuse to go back to it. The holidays might be the time for joy and cheer, but my festivities this year will also include another dangerous trip to the city of Shiokawa.