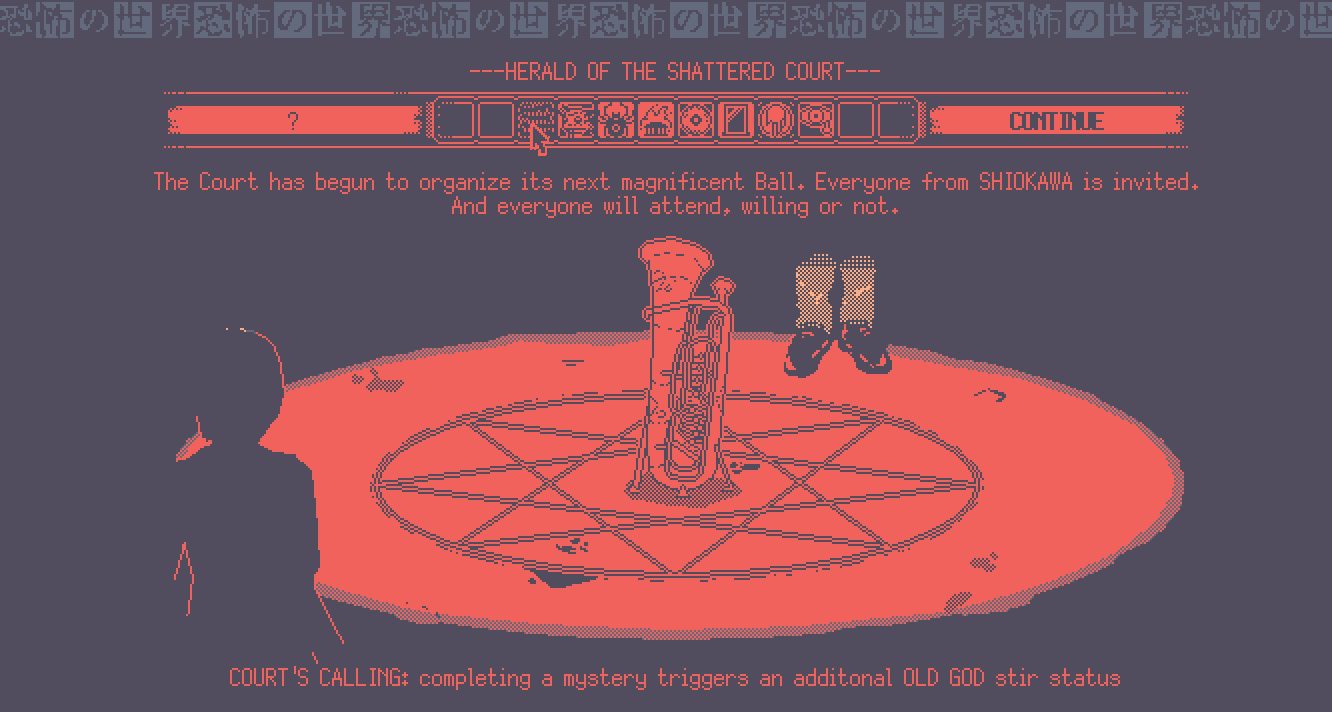 A rare update from the game’s creator

There’s hope yet for World of Horror fans who have been craving more content — or really just any communication about the Early Access game at all — since its release on Steam last year. Coming up on the horror adventure game’s second Halloween, the creator, panstasz, has teased “good news soon” after what’s been “a truly miserable year.”

it has been a truly miserable year
(good news soon) pic.twitter.com/BeEzjz9i80

In retrospect, today’s tweet is the first from panstasz since December.

In the back of my head, I knew that things had been strangely quiet since I reviewed World of Horror, yet it never fully dawned on me just how up in the air this work-in-progress game’s continued development felt to its tapped-in fans. Personally, I had been waiting for a 1.0 release to revisit it, and just stopped keeping tabs; “when it’s done, it’s done.”

While there were several post-launch updates — from the Hunter’s Daughter content last March, to the Occult Capital of Japan in October 2020 — it’s only been whispers since then, and that void has led fans to speculate about the future of the game as well as its sole creator. Hopefully, we’ll find out more soon. It’s the season, after all.

The original intention for Early Access was “at least six months, with a roadmap to aim for a full release in the last quarter of 2020,” albeit with the usual subject-to-change and player-feedback caveats. Clearly, that’s not how things have panned out for World of Horror. At the same time, even in an unfinished state, it’s a great game for folks who line their shelves with Junji Ito stories. (I was longingly staring at my hardcovers last night.)

Despite grievances over the lack of communication, World of Horror is still sitting at over 4,000 Very Positive user reviews on Steam, and the majority of owners are — or at least were — very happy with it. This seems like one of those cases where the audience is passionate about the game and its creator, and genuinely wants the best for both.

“I care about the game, but I’m just so, so, so glad to hear that you’re alive, honestly,” one fan said in response to today’s tweet. “Playing the game right now always felt sad because I was so worried about if you were alright. Hope things get better soon.”