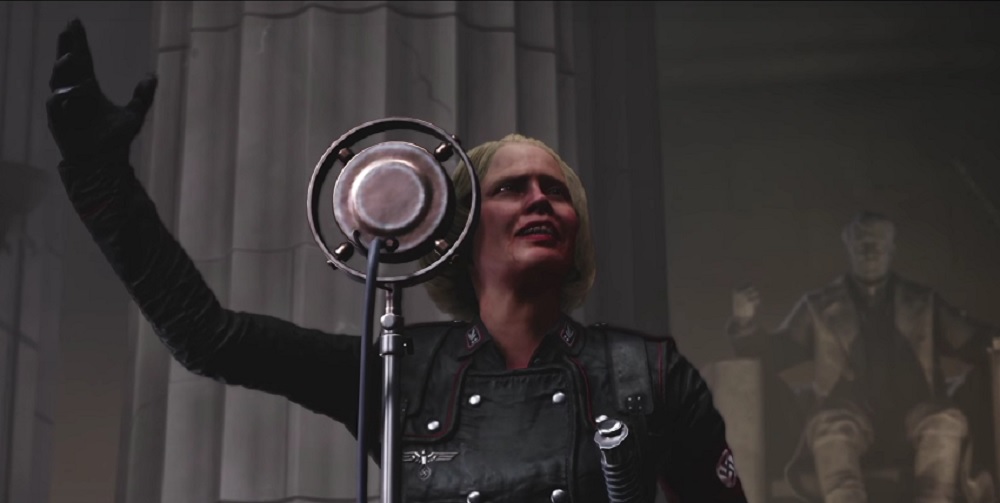 Springtime is over, Adolf

Next week sees the release of Wolfenstein II: The New Colossus, as B.J. Blazkowicz and his rag-tag band of underground rebels take to the streets to wipe out the Nazi menace that has conquered America.

Bethesda have released the final NSFW trailer for the title. Whilst other trailers have had a warped, almost juvenile sense-of-humour about them, there’s no pissing about in this trigger-happy short, which sees all manner of hot lead thrown in harm’s way. Col, Blaskowicz dual-wields his way through throngs of Nazi stormtroopers, all of whom seem to be under the proprietary command of Frau Engel, returning from previous title, The New Order.

However, a teaser at the very end of the trailer seems to reveal that Engel may not, in fact, be at the top of this particularly rotten food chain…

Wolfenstein II: The New Colossus launches October 27 on PC, PS4 and Xbox One. A Switch release is coming in 2018.