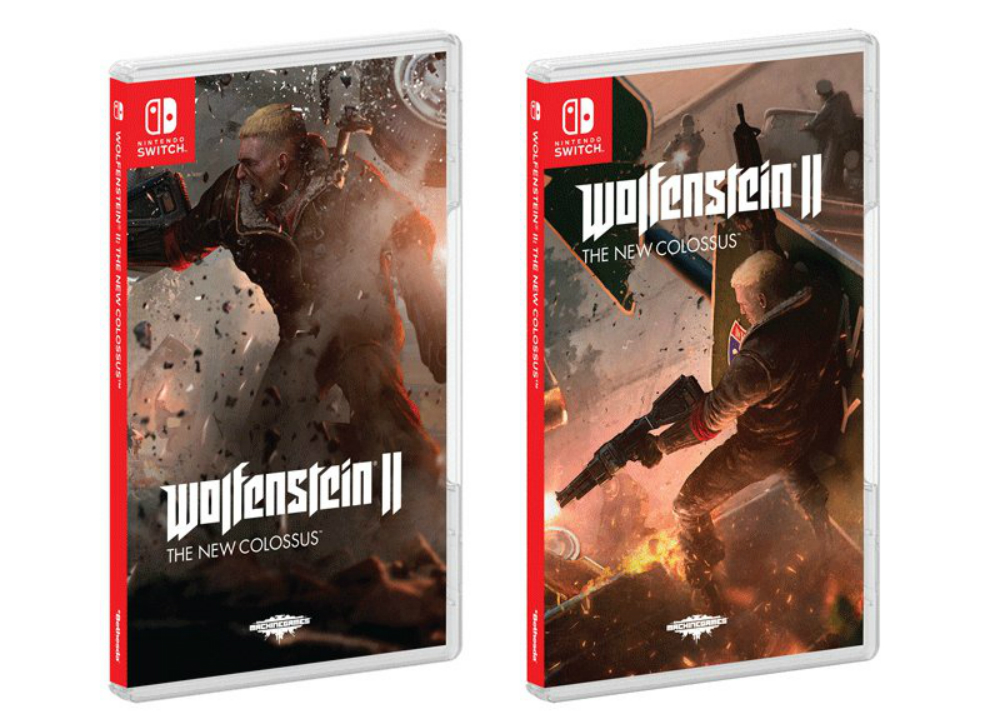 You can grab ’em now

Alt box art options rock. A few AAA games have picked up the trend over the years and while it’s not a big deal to some people, but as a collector I like the idea of swapping out box art you cant’ stand to look at with something unique. Bethesda is the latest publisher to get on the box art train with Wolfenstein II on Switch.

Starting today you can grab three alternate box art sleeves for the Switch edition of the game, right at Bethesda’s website. One is a recreation of a combat scene with hero B.J. Blazkowicz, and another is a piece of art you’ve probably seen adorned across a banner somewhere. The third is particular gruesome, with B.J. lopping off an unsuspecting foe’s leg in stealth mode.

Display that one upright during family gatherings and it’s sure to be a hit!