Windows 10 is now officially available, and those who have Windows 7 or 8 can upgrade for free, which is a pretty good price for what I consider the best version of Windows yet. Windows 10 packs a bunch of new features, including some nice extras for Xbox One owners. Here is an overview of new features you might care about as someone who plays games.

The start menu is back and why are we celebrating this!? 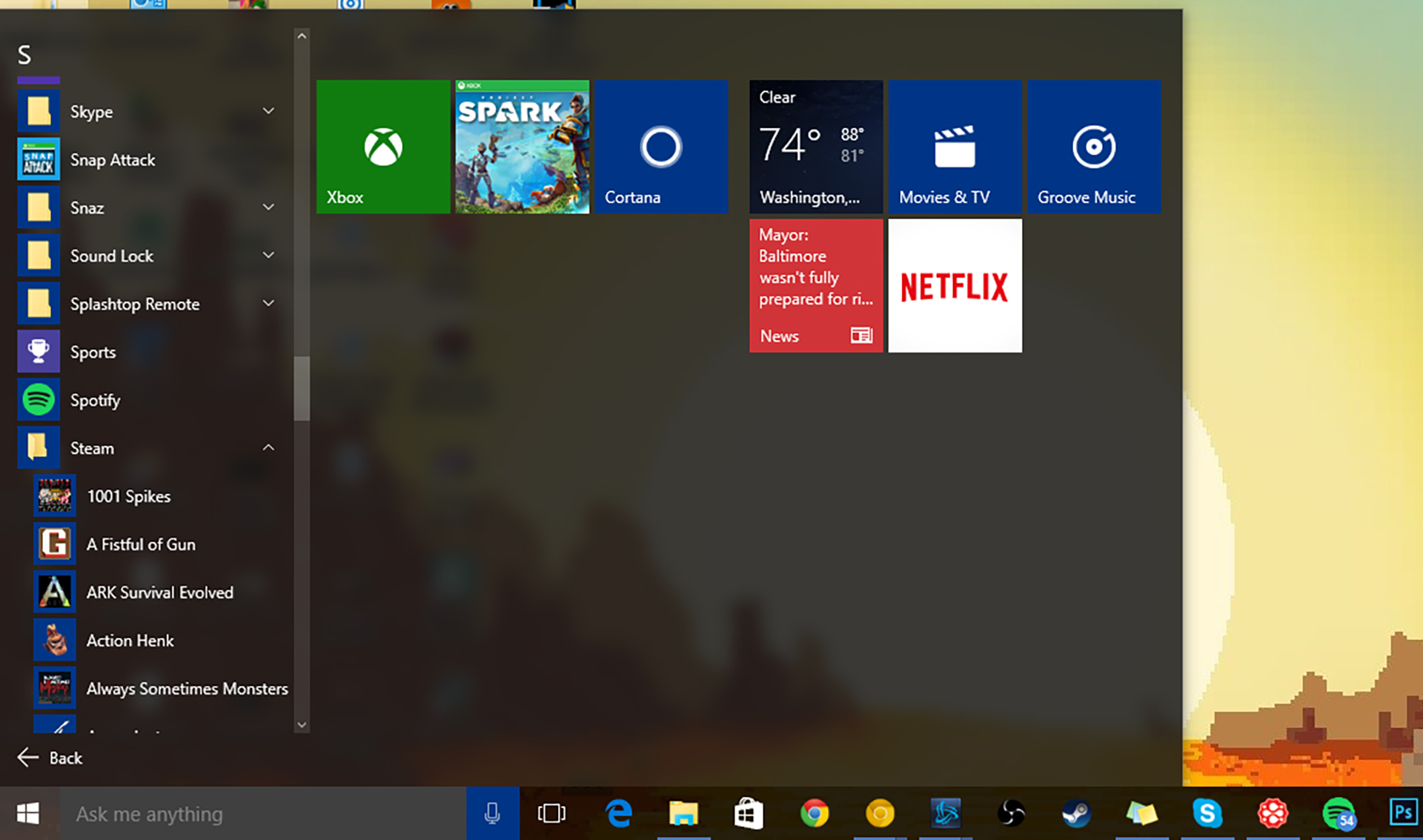 A big complaint about Windows 8 was the removal of the basic start menu for the Metro system with live tiles, tailor made for touch screen devices. As most of us probably still use Windows with a mouse and keyboard it wasn’t a great solution. It had some apps running in basically their own full screen only windows, thus defeating the purpose of… you know… windows.

Thankfully Windows 10 fixes this by combining the old school easy-to-use start menu with the flash and flair of live tiles from Windows 8 Metro start menu. The apps now launch in their own resizable windows instead of full screen only, and plenty of them can be downloaded from the Windows Store for free. 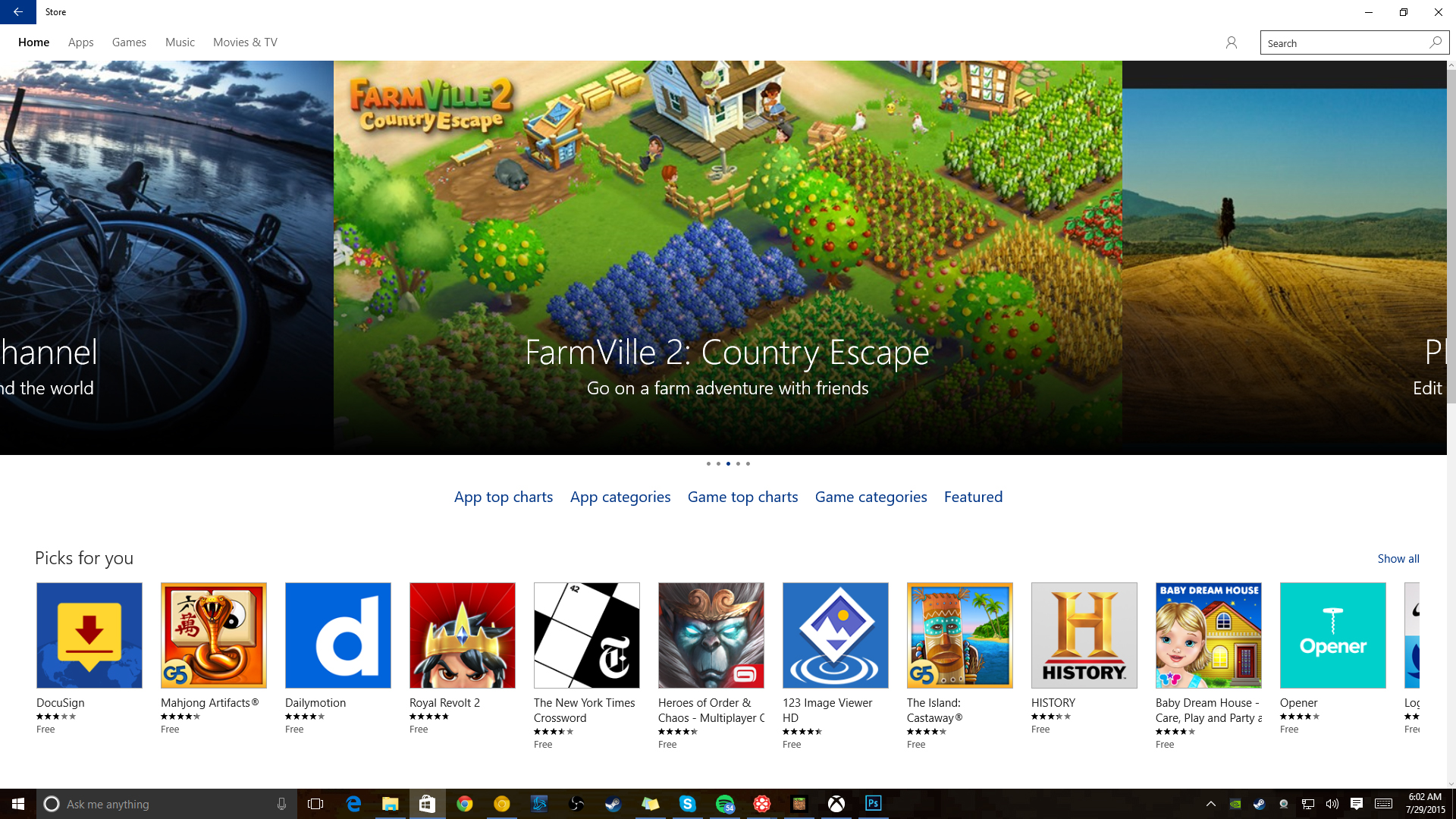 The Windows Store includes plenty of games you can play with your Xbox Live friends and even earn Achievements, but most of them are just ports of casual mobile or Facebook-style games. However, you can find Project Spark on the Windows Store, which runs far better on PC than Xbox One. In the future you can look forward to the sexy free-to-play Gigantic which I quite liked at PAX East this year. 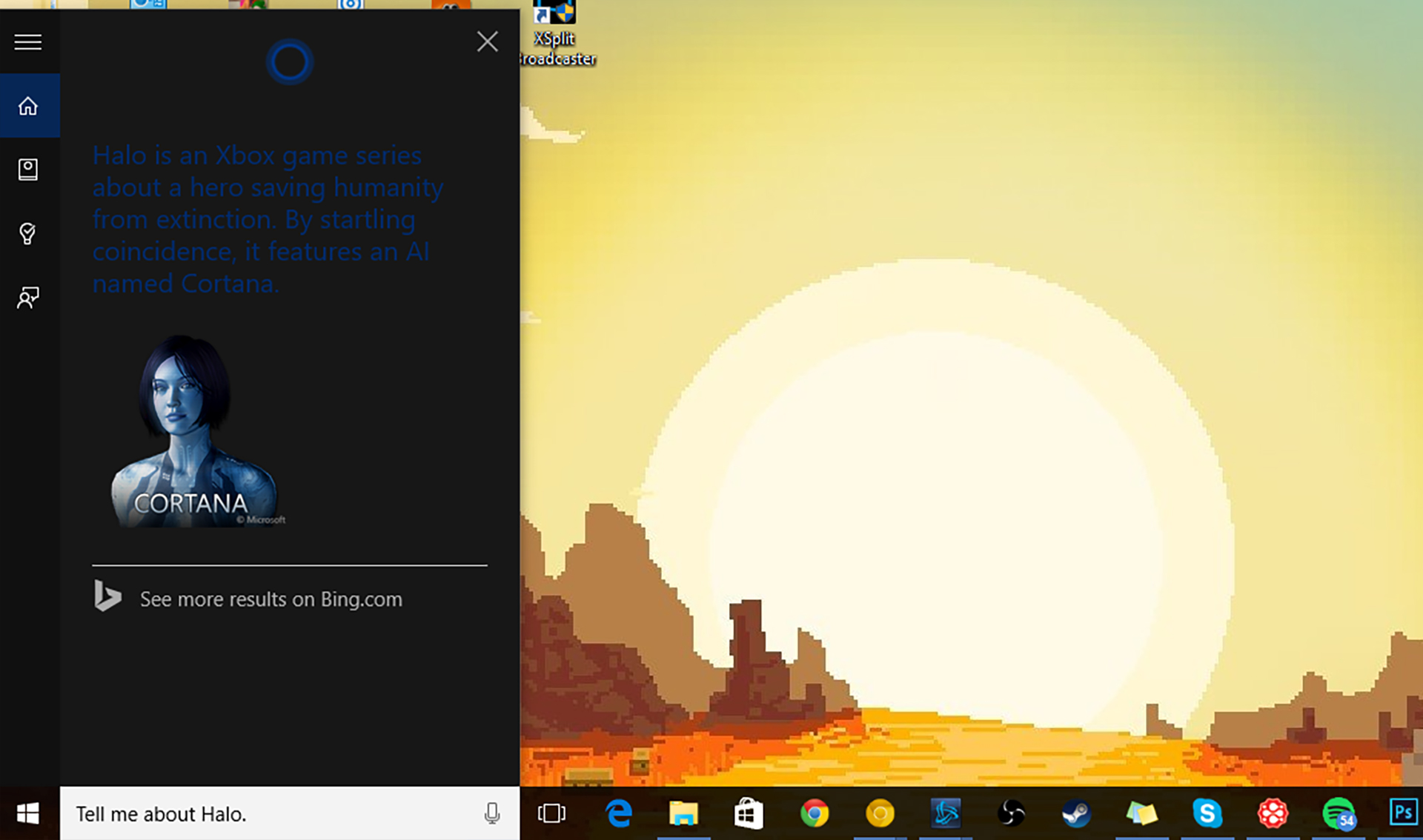 Cortana is to Windows as Siri is to iOS devices, that is to say she is a personal assistant that can be used via text or voice. Cortana is voiced by Jen Taylor, just like in the Halo series, and can do all kinds of tasks such as scheduling appointments, setting reminders, opening apps, and even chatting about Halo and Master Chief.

I honestly haven’t used Cortana too much but I don’t really dig voice assistants, as they don’t always seem to understand what I’m saying; even Cortana had trouble understanding me while using my professional grade microphone. Even on my iPhone I’ve literally only used Siri to call Buffalo Wild Wings instead of adding them to my contact list because I’m too lazy. Voice assistants seem more geared towards business than common folk like me. 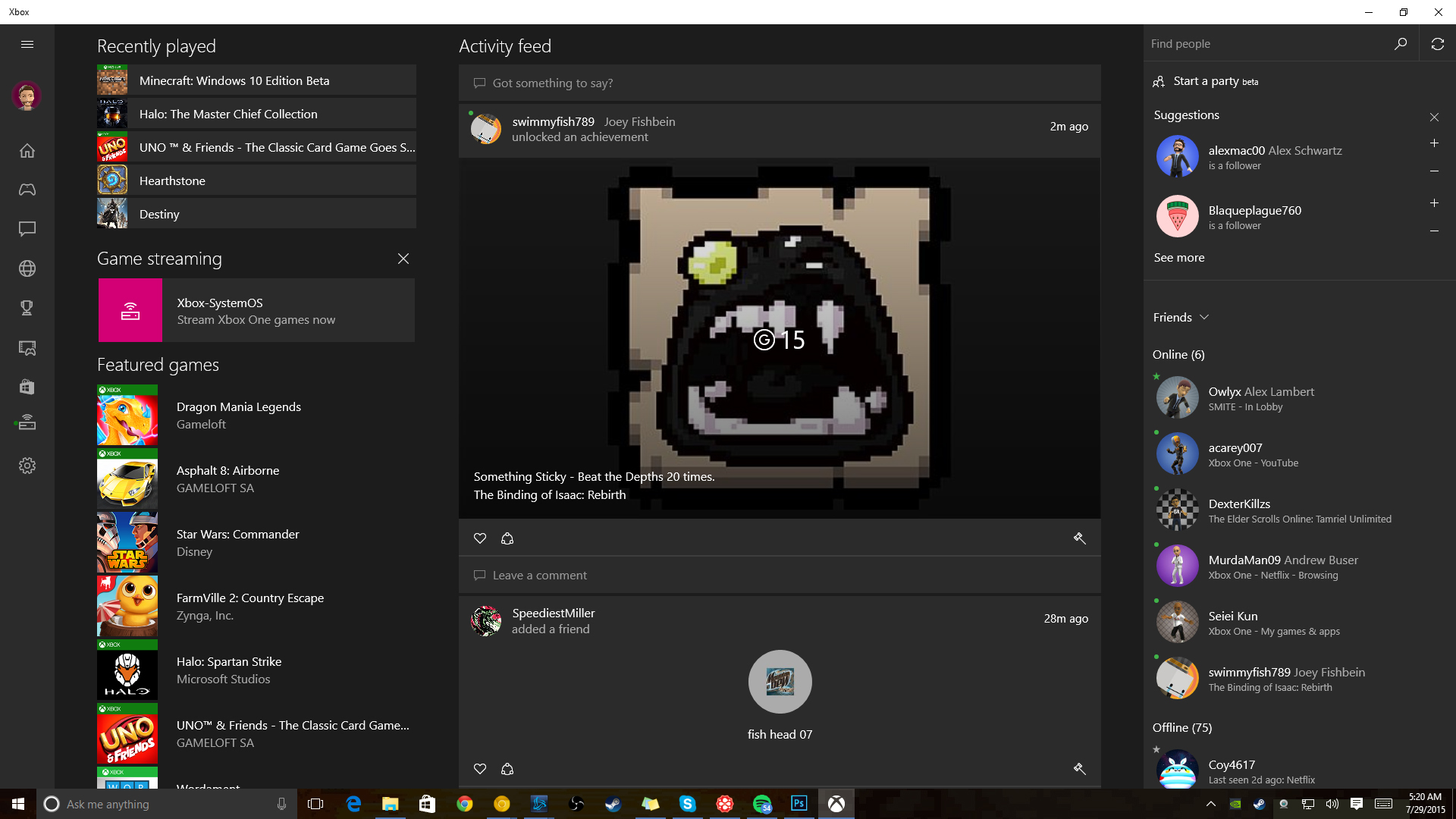 The Xbox app is free on Windows 10 and gives you access to all your friends, messages, achievements, clips and even allows you to stream games from  your Xbox One. Streaming from the Xbox One requires an Xbox controller (360 or One) be connected to the system which at time of writing can only be done via USB, though a wireless dongle is coming. The Xbox app also allows you to record gameplay and take screenshots of any game on your PC, whether playing on Xbox or not via a handy keyboard shortcut (Win + G) and pop-up toolbar.

Game streaming works about as well as you’d imagine. I just played a match of Halo 2′s SWAT — a game mode requiring precision aiming due to requiring headshots for kills — in which I came in the middle of the pack with over ten kills. There was a smidgen of noticeable lag at one point, but not enough to really affect the gameplay enough to matter. Video quality-wise there was a bit of artifacting but only if I really looked for it, even with both my desktop and Xbox One running on wired connections.

Also the “Xbox record that” voice command won’t work during streaming, so you’ll have to use Xbox apps keyboard shortcut to record directly onto your PC that way.

To save you all the geeky technical talk just know that DirectX 12 allows many graphics cards to have majorly increased performance in comparison to previous versions, meaning you might be able to play at higher resolutions with better settings on your current setup. For more details check out this informative video from AMD.

I personally haven’t seen much real world increase in graphical performance, but I’m running on an Nvidia GTX 980 that could already max out all the games I was playing on Windows 8 previously. Perhaps you’ll see some gains?

Minecraft: Windows 10 beta is a thing that exists 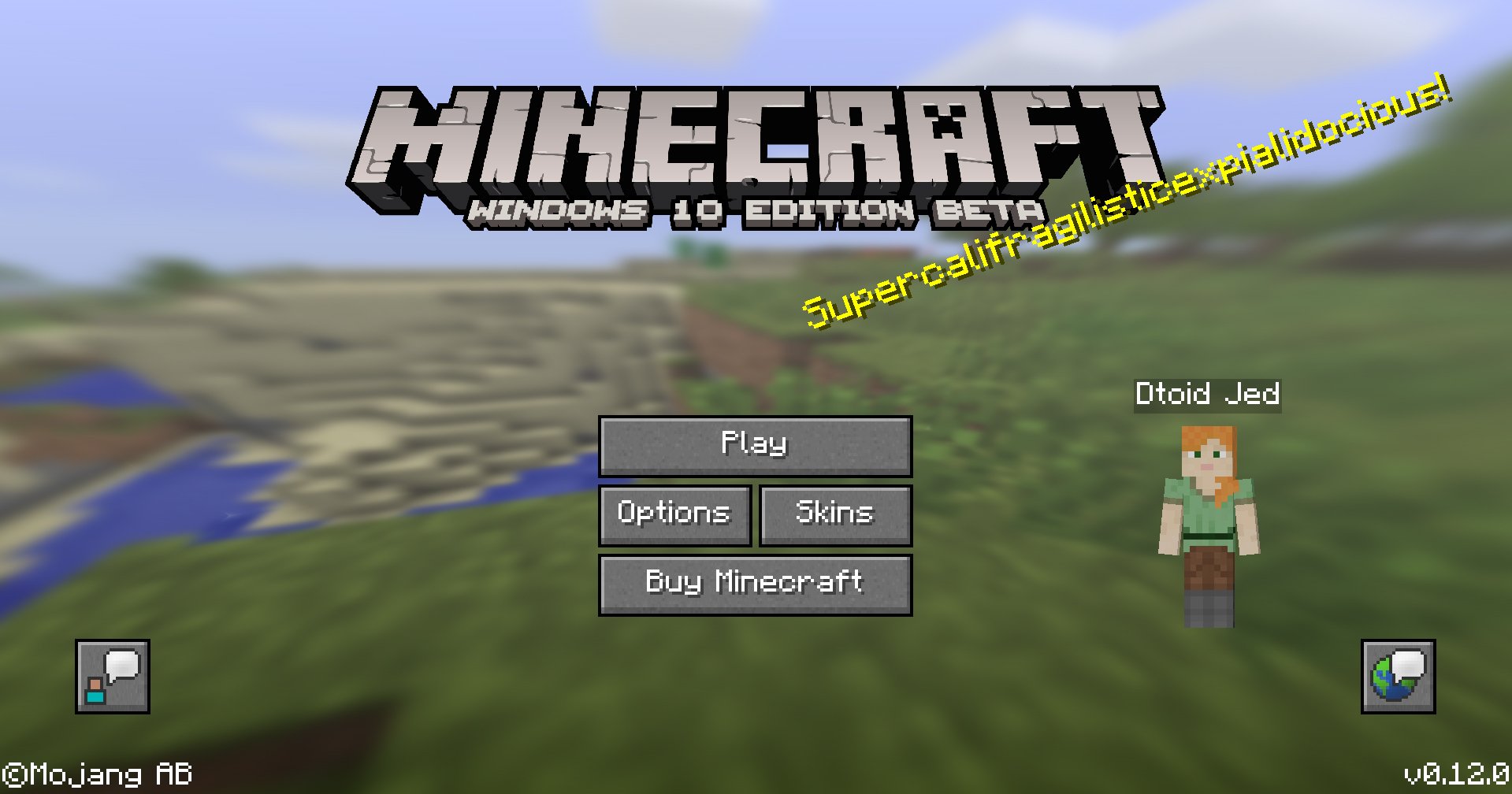 If you are one of those people who must have every version of Minecraft possible then good news, you can get the Windows 10 beta for free if you already own a PC copy of the game. Details on how to get the beta are at the Mojang site. I just attempted to do it and it is only allowing me to download the trial version, so your results may vary. This version of Minecraft allows you to play with up to seven of your Xbox Live friends at once and eventually even play with mobile players. I guess that is probably exciting for someone.

Windows 10 has plenty of other new features, most of which just let you do what you’d normally do more efficiently such as new ways to snap windows, a new task view, automatic updates, and the Microsoft Edge web browser that is probably the fastest browser currently on the market. Edge doesn’t currently support extensions, which is keeping me from switching from Google Chrome at the moment. 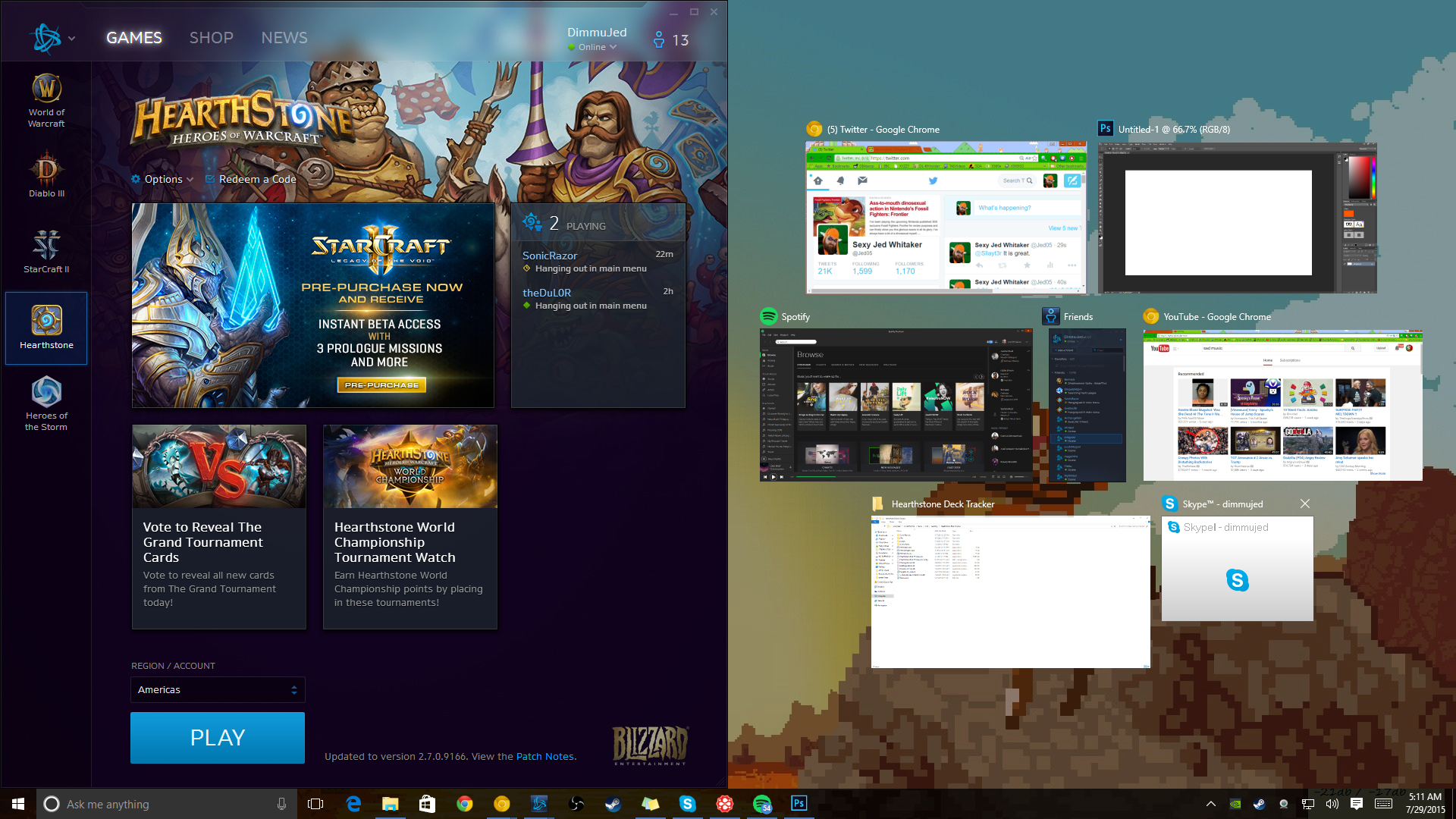 I’ve been using Windows 10 on my main system for quite a while now with no issues and with all my games and applications working as intended. Windows 10 is easily the best operating system I’ve ever used as it allows me to play, work, and relax more efficiently and effectively. It has been worthwhile for me.